Does This Mom’s Viral Sleepover Rules Put a Damper on Fun?

Most parents set some sort of ground rules when they host a sleepover, but one mom's sleepover 'contract' for kids has drawn mixed reactions. What do you think? 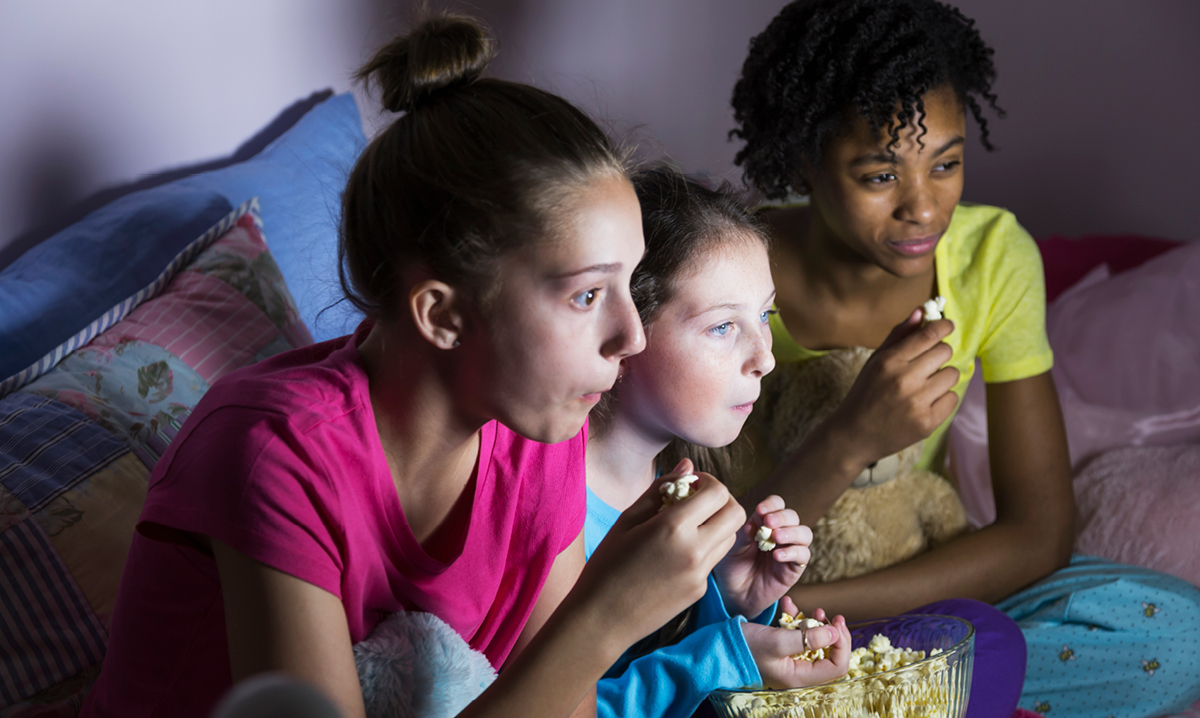 I had a friend as a tween/teen whose stepmom went overboard with the sleepover rules. There was to be no loud talking or giggling, no scary movies, no crank phone calls, no junk food after 9 p.m. and we were to be in bed by 11 p.m.

Needless to say, it was really hard to have any amount of fun at her house, so we didn’t have very many sleepovers there.

Instead, most of our sleepovers happened at our friend Jenelle’s house. She had a finished basement and her parents couldn’t really hear us, so they were more lenient with the rules – basically don’t call over boys and don’t break anything – which made sleepovers that much more fun.

Sleepovers are common happenings for tweens, and parents need to find a solid balance of rules so that the kids have fun but also their home is being respected.

If you go too lax, you could end up with a make-out party in your backyard. Go overboard, and your kid won’t have very many sleepovers.

One Reddit mom is teetering on the edge of overdone with her “contract” that has been making the rounds online.

The contract, which she does seem to make her kid’s friends sign, is kind of odd from the very beginning. It starts off with no touching or tickling. OK, fine – but the punishment is immediate physical separation, which seems a bit excessive for tickling.

The second rule is no nudity in front of others – duh. Why do you need to put it in writing and make it weird? No 10-year-old is getting naked at a slumber party.

Three: Disruptions including “excess volume of voice or electronics will result in suspension of privileges.” Firstly, what does “excess” mean? It’s relative to the person. Secondly, have you been to a slumber party? Laughing is par for the course.

And finally: Complaining will not be tolerated. OK, this is valid. I wouldn’t want to have a kid yapping at me all night about how mom makes dinner or whatnot. But she followed it up with, “This means, you wait to have my attention and acknowledgement before you start speaking to me” – which again, seems like something you shouldn’t have to put in writing.

She then ends the contract stating that if a child doesn’t follow these rules, future playdates or sleepovers might not occur again.

Personally, I find this contract a little overkill. Most of what she outlines is common sense for most kids – and it’s both weird and unnecessary to make a kid sign off on it.

And I’m clearly not alone. The contract has gotten mixed reviews from parents, with some saying it’s her right to enforce rules, which it is, and others saying it’s ridiculous, which it is.

Some event pointed out that she could affect her kid’s friendships with this nonsense. And she very well could because honestly, I don’t think I’d let my kid stay over if they had to sign something like this – would you?

Want to have some fun in metro Detroit this summer? Check out some of these hot July fairs and festivals Macomb, Oakland, Washtenaw and Wayne counties.
Read more
Macomb County Activities