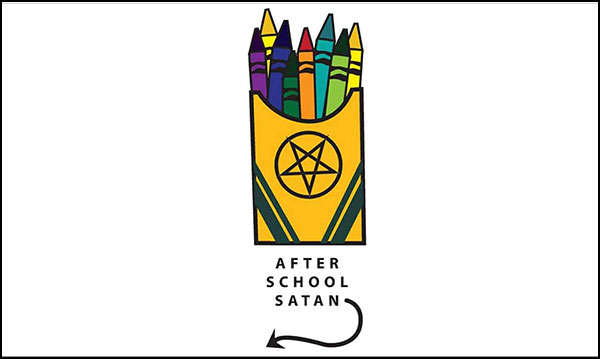 School, homework, soccer game, 4-H meeting and … Satanist club? This could be the schedule for some kids that are enrolled at two elementary schools in Oregon after the districts approved a new afterschool program: After School Satan Club.

These two school districts, Parkrose and Nehalem, along with another school in Seattle, are the first in the country to approve this type of afterschool programming – a move that may mark a turning point for pending clubs in cities like Atlanta, Los Angeles, Washington D.C. and others, Doug Mesner, a leader for the national Satanic Temple, the group behind the club, told Rolling Stone.

Despite the name, the clubs are not trying to convert or convince youngsters into doing the bidding of Satan. In fact, many of the members of the National Satanic Temple don’t believe in Satan at all, but view the idea of him as a symbol of pride, liberty and individualism, according to the Church of Satan.

According to the club’s website, afterschoolsatan.com, these clubs instead aim to provide an optional and alternative environment that “emphasizes a scientific, rationalist, non-superstitious world view,” through games, projects and exercises, and denounces the “twisted Evangelical teaching of The Good News Clubs,” which is another religious option already offered as afterschool programming.

The Good News Club, is described on the Child Evangelical Fellowship website, as a “ministry of Child Evangelism Fellowship” where, with a parent’s permission, kids meet with their teachers for a biblical lesson full of scripture, games and songs. For the folks behind the Satanist club, this idea is much more harmful than it seems, and they want another voice into the discussion.

“The Good News Club teaches children they are inherently sinful and condemned to death and hellfire if they don’t convert to Christianity, which I feel is predatory,” Finn Rezz, spokesperson for Satanic Portland, told Rolling Stone. “When there’s only one voice, that voice is given extra weight and authority. We’re hoping to break that spell a bit.”

So far, the group has been met with a mix of reactions from parents in support of these Satanist clubs, those that are blatantly opposed, some that don’t want any religious teachings in public schools and some that are happy to see another option, and a bit of diversity popping up in their schools.

And that’s the key here: diversity and open-mindedness. These are healthy things, especially for kids. They create an environment in which kids are learning about different viewpoints, in which they can discuss ideas and can begin to form their own opinions.

Sure, when you’re out to lunch and you bring up your friendly neighborhood child-Satanists, you may get some funny looks, but once you get down to the nitty gritty of what the club is all about, it’s hard to condemn. After all, who doesn’t want their child to be confident in their individuality, be proud of the things that they accomplish in life, or be able to think and formulate opinions for themselves; regardless of the faith they follow or the deity that they believe in?

Plus, it’s not a requirement, and parental consent is required. You can always opt out.

What do you think of this Satanist club? Tell us in the comments below!

Here are tips from the nation’s leading scholars on race, democracy and inequality.
Read more
Travel

In March, metro Detroit's trees are packed with the sugary sap needed to make maple syrup. Learn about the process at these 2022 maple sugaring events.
Read more
You