These metro Detroit high schoolers have dressed up as TV and movie characters, celebrities and memes since 2013 – and now #NFID19 is going viral. 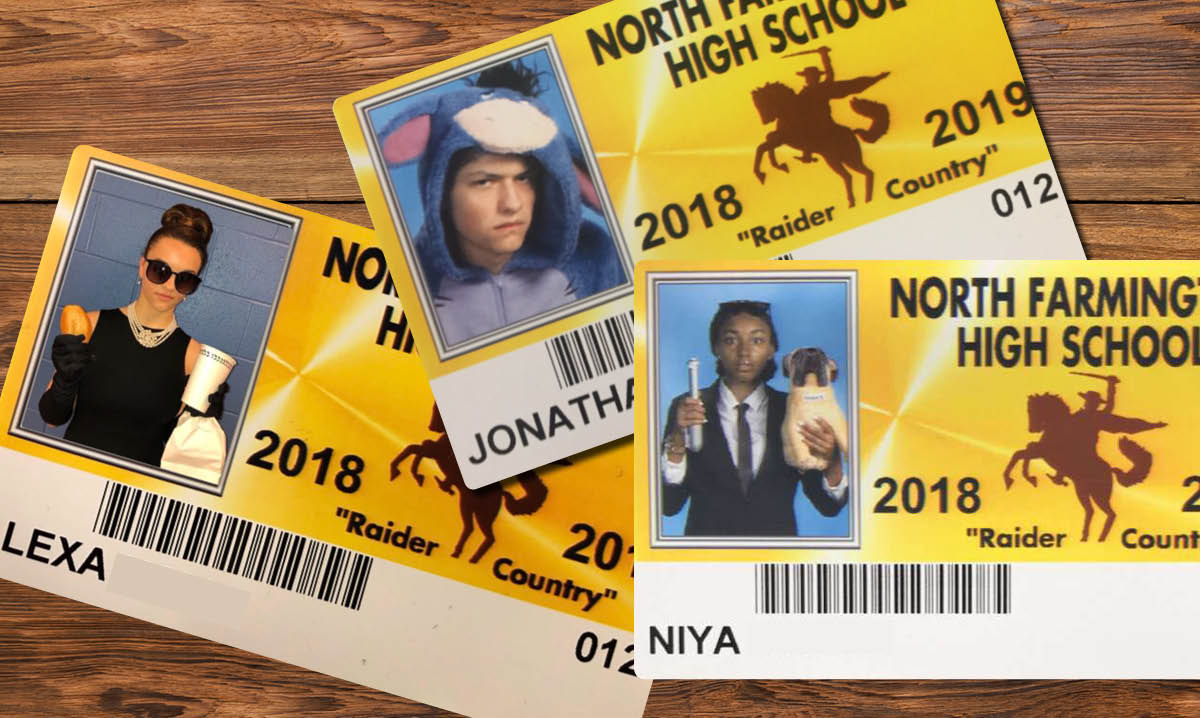 There’s nothing more frustrating than getting your kids ready for their school ID photos, because no matter what, those shots are always going to turn out subpar. It’s just how the world works … or it’s the lighting.

When I think back to my old high school ID photos, the only reason why any of them would go viral would be because of a bad decision I made with my hair or makeup – not because I put my sense of humor to use. But let’s face it, even if I had wanted to be funny for my senior ID photo, I probably wouldn’t haven been allowed – I went to a private school.

But the ID photos for the senior class over at North Farmington High School here in Oakland County are going viral for being creative and hilarious.

Starting back in 2013, the seniors got the approval to dress up as famous TV or movie characters or celebs. It was only last year, though, that their photos became a viral sensation – thanks to the use of a hashtag.

This year, they were prepared for the spotlight. And they did not disappoint.

The class of 2019 is currently reaping their well-earned Internet fame. Using the hashtag #NFID19 on Twitter, you can access almost all of their ID photos.

The students usually tweet out a side-by-side of their ID photo and a photo of the character they emulated – along with a short, witty description. For example, see this student’s take on Princess Leia.

Since this tradition has been going on for some time, there’s no excuse for not being prepared when senior year rolls around. This is probably what every North Farmington freshman waits all four years for. It’s comparable to the most highly anticipated Halloween party of your life where everyone wants to win “best costume.”

Whether it’s your celebrity look-alike, a clever spin on your name or a favorite meme, there are plenty of options to choose from to find the perfect one to capture your fun side.

Other schools should definitely take note and consider making this Michigan idea a nationwide trend. Laughter is the best medicine, so why shouldn’t we give more teens the chance to laugh?

If you got to go back in time, who would you dress up as in your school ID photo? Let us know in the comments!