Maryland couple Alexander and Danielle Meitiv were found guilty of child neglect after letting their kids walk home alone from a park. What do you think of the punishment? 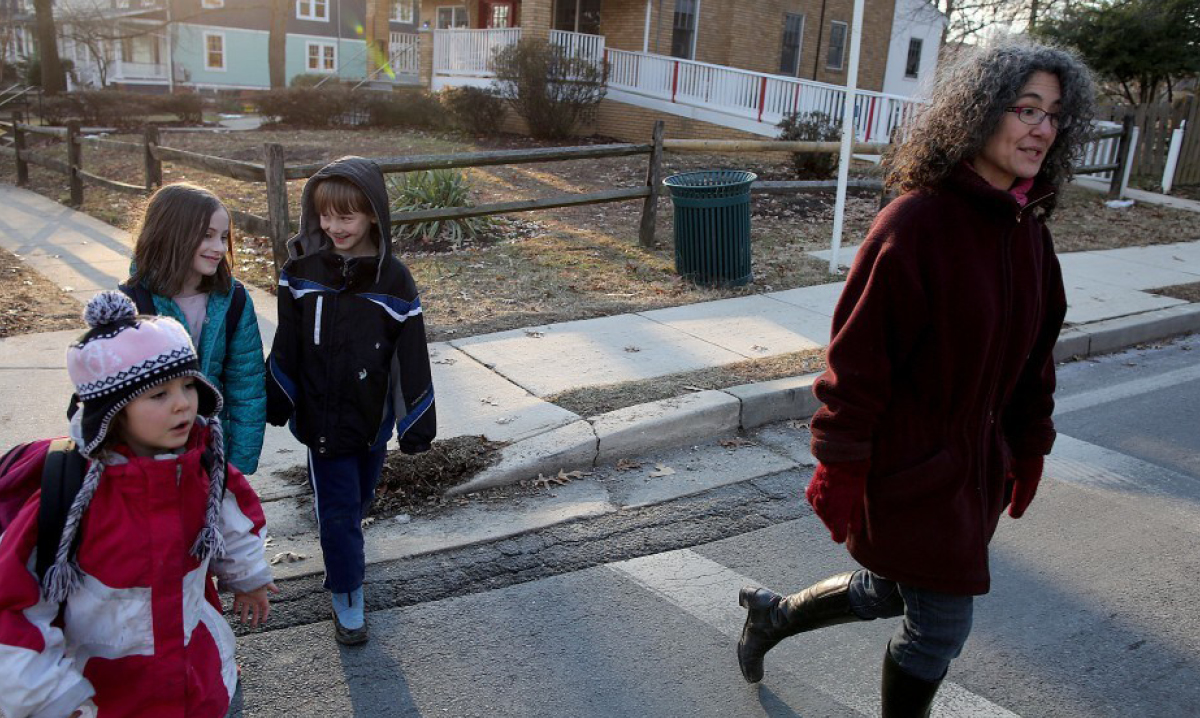 Back in December, a Maryland couple’s parenting style gained national attention – and now, the couple has been found guilty of “unsubstantiated” child neglect, according to an article in Parenting.

But what prompted this legal issue? Let’s rewind to the end of 2014.

Imagine driving down a busy road on a cold December afternoon. You look out the window and spot two young children walking and holding hands. Where are they going? Where are their parents? Are they lost? These are some of the questions you might ask – and you might think of pulling over or opt to call the police.

Well, according to The Washington Post, calling the police is exactly what a Silver Springs, Maryland citizen did after seeing Alexander and Danielle Meitiv’s children – 10-year-old Rafi and 6-year-old sister Dvora – walking down a busy street alone. Rafi says he and his sister spotted a park on the way home and asked dad to drop them off to play and let them walk home. Dad agreed.

The kids were on the way home when the police pulled over to pick them up. Normally, The Washington Post reports, the kids have a card on them that says, “I am not lost. I am a free-range kid,” but they did not have that card with them that day. Child Protective Services got involved and the kids’ father was forced to sign a child safety plan that stated that he would not leave the children alone until the following Monday, the Washington Post writes.

The children’s mom told Examiner.com that most of the parents she knows were raised that way and she sees nothing wrong with her and her husband’s parenting style.

CPS does though. In fact, the state says it’s illegal to leave any child under 18 unsupervised and they have found what’s called “unsubstantiated child neglect,” which means their case will stay open for five years pending further investigation.

The investigation has sparked a national debate – and the Internet commenters have gone wild.

Commenter Erika Averso sees the danger in this situation. “People are watching … including the ones set out to do harm. No 10- or 6-year-old is capable of defending themselves. Not judging their parenting style, but as a mother, I worry for their children,” she says.

Luckydogdc1 also feels it’s unsafe. “A 10-year-old isn’t capable of providing the protection to a 6-year-old that an adult can, from responding to the mundane possibility of her having an accident to responding to the remote, but possible threat of a stranger who means harm,” he adds.

On the flip side, commenter Katrina Russell feels that walking alone instills responsibility. “Of course there are dangers out there, but I want my son to grow up honing his instincts not hiding in fear and expecting someone else to fix things or do things for him,” she says.

I have two children and I would never let them walk a mile home down busy streets. Bad things happen everywhere and I couldn’t fathom putting my children at risk or taking a chance on safety. Responsibility can be taught in other ways such as household chores or maintaining good grades. But that’s just my opinion. What do you parents think?