Get a 3D Model of Your Unborn Baby’s Face

Don't think ultrasounds and pictures of your newborn will be enough? Order a 3D version of your unborn baby's face to keep in your home! 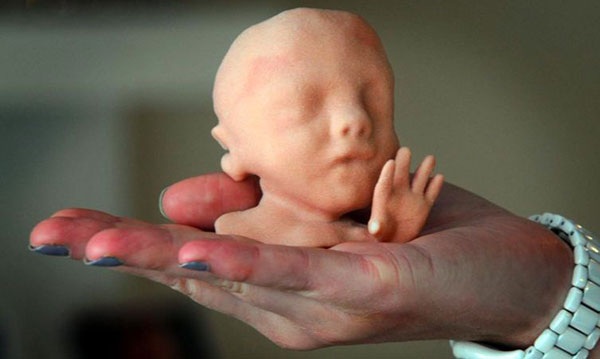 Weird. That was the first word that popped into my head when I saw the 3D replicas of unborn babies’ faces Baby:Boo is making as keepsakes for parents.

This company, based in the UK, will create an 8-inch cast of your in-the-womb baby’s face from ultrasound data for about $230 a pop – framed or boxed, Yahoo Parenting reports.

It’s not for me, personally, because I can’t imagine hanging something like this in my home, but I would also feel bad buying it just to store it away somewhere. I will say, however, that I understand instances where a parent might like a keepsake like this, like after experiencing a miscarriage or losing their infant. The 3D-printed replica allows parents to hold their unborn child, as is the point the article in the Mirror makes. That could be a really special thing. And this isn’t a completely new idea, so there must be a demand.

To each their own on this one, though! I’ll stick with a plain ol’ ultrasound image.

What do you think of these 3D casts of unborn babies’ faces? Would you ever buy one?