The girl's father recently shared the messages to warn other parents of the dangers kids can encounter online. 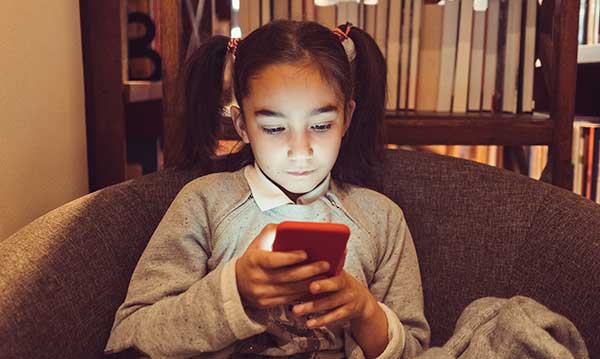 Keeping kids safe online is a difficult task for all parents as the risks continually grow and change.

One app that you might have thought was OK? Musical.ly, where users make lip-syncing videos to share with their friends.

It turned out to be a dangerous place for one 7-year-old in Illinois, though, who found herself getting inappropriate messages from a stranger apparently pretending to be a child, CafeMom reports.

The girl’s father recently shared the communications on Facebook in an attempt to warn other parents. In the first messages, a user name “Jessy” asks the girl’s age and then claims to be 9 years old. Then the user began asking the girl for pictures.

After sending a few smiling photos, she was asked to send photos without her shirt – a request the girl denied, saying “I can’t” and later “My mom said I can’t.”

“It’s secret between us only,” the user urged the girl in one message. Another reads, “Make some pics without T-shirt now.”

Finally the girl’s father responded, saying: “I am her father and I am a police officer. We have documented your IP address and location. I recommend that you refrain from any other contact.”

Police are investigating the incident, the father reports, and so far have issued a subpoena to the app company to freeze the user’s accounts.

The father’s post on Facebook, which has been shared more than 76,000 times, says that his daughter used Musical.ly to “connect with her cousins and make goofy duets of songs together.”

“Our daughter does not have a phone of her own,” he writes. “This app was on one of our phones for use when we were around.”

The girl was only able to receive messages from the stranger because they had accepted the user’s friend request, thinking it was one of the girl’s in-real-life friends.

“I never thought of someone pretending to be 9 to gain access to my child. We live and learn and I continue to do so everyday as a parent,” he continued.

This situation is just one of many accounts of the stranger danger kids can encounter on social media. USA Today reports that 29 percent of internet sex crimes are started on social networking sites, so it’s important for parents to be aware and vigilant.

One of many ways to help keep kids safe online is to make sure they communicate with parents about things that could be dangerous. The Federal Trade Commission suggests teaching kids from an early age about inappropriate conduct, content and contact online.

“As soon as your child is using a computer, a cell phone, or any mobile device, it’s time to talk to them about online behavior, safety, and security,” the commission recommends. “As a parent, you have the opportunity to talk to your kid about what’s important before anyone else does.”