An all-girl soccer team was disqualified from a tournament in Nebraska when a parent suspected an 8-year-old girl with short hair was a boy – she wasn't. 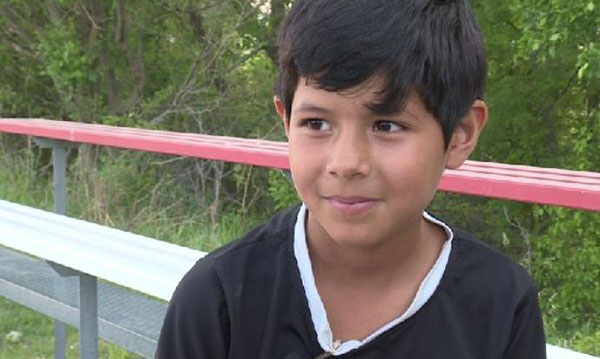 You shouldn’t judge a book by its cover. Or a girl by her hair.

An entire soccer team from Nebraska was kicked out of a tournament because one of the players on the all-girl team looked like a boy because she had short hair.

An anonymous parent questioned the young girl’s gender after seeing her practicing on the field prior to one of the tournament games, and officials decided that the team would be removed from the competition.

Mili Rodriguez, the child who caused the ridiculous controversy, was very disheartened to hear that her team was disqualified due to her looks.

“Just because I look like a boy doesn’t mean I am a boy,” says Rodriguez. “They don’t have a reason to kick the whole club out.”

The young girl’s family even presented game officials with Mili’s insurance card that states she is a female, but they said the decision was made.

It was later revealed that the team was disqualified for a number of reasons, including allowing players to play on multiple teams in the tournament, but Mili was also listed as a reason for the removal, as her registration in the system was accidentally marked male.

“I would lose my mind if I was a parent and this happened,” says Krista Zimmerman on Facebook. “I’m so glad they brought this to the media so this crap-tastic association can be put to the rails over their horrific decision. What a pack of dumb adults making kids feel terrible out of fear.”

Some people compared the hypocrisy of professional sports.

“So basically, it is discrimination due to haircut?” says Roni Roseberg on the NowThis video on Facebook. “What about all the professional soccer players with dorky ‘man-bun’ hairdos or a ton of facial hair, which looks sloppy and unprofessional?”

Other people thought the decision was accurate.

“Bulls–t. I would bet money there is a set of nuts in that underwear,” says John Ward. “Pitting boys against girls in a girls-only league is wrong. Boys have a muscular, speed and strength advantage.”

Soccer stars like Mia Hamm and Abby Wambach also reacted to this story.

“You’re inspiring,” Wambach told Mili in a video. “You’re a natural-born leader, honey, and I’m so proud of you.”

It was a messed up situation all around, but Mili is already back on the field and says she won’t let this incident ruin her love for soccer.

Do you think the officials were right to remove Mili and her team from the tournament? Tell us in the comments.