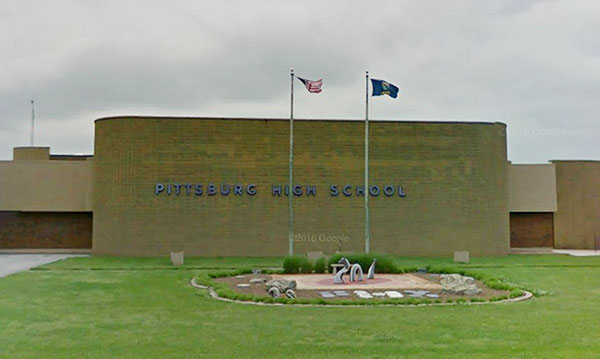 A group of high school journalists in Kansas just got the ultimate scoop – and we have a feeling it might be the first of many for the talented teens.

The students were working on a story for their high school newspaper, The Redux, and ended up exposing discrepancies in their new principal’s credentials that eventually led to her resignation.

The teens were preparing a profile on new administrator Amy Robertson, who was due to start as principal this summer, when they noticed she was avoiding questions about her background, the New York Times reports.

“She was asked direct questions,” Emily Smith, a teacher and newspaper adviser at the school, told the publication. “She couldn’t give direct answers.”

So the students started digging around and found that information about Robertson’s degrees didn’t add up, including the fact that her master’s and doctorate degrees were apparently from a university accused of being a “diploma mill.”

The student journalists also found online news stories about Robertson trying to run a school in Dubai – where she was living at the time – without the proper permits and the school’s license being suspended, according to a Huffington Post article.

“That raised a red flag,” said student Maddie Baden, 17, HuffPost reports. “If students could uncover all of this, I want to know why the adults couldn’t find this.”

The student newspaper soon ran a story on its front page exposing the discrepancies – the headline was “District Hires New Principal” with the subhead “Background called into question after discrepancies arise” – and the principal resigned just a few days later, the New York Times reports.

The story of the teens’ impressive investigative journalism quickly went viral, with news outlets from across the world reporting on the story and journalism institutes praising the students for their work.

We can only hope the teens will continue their investigative work by looking into what went wrong in the district’s hiring process to bypass such major issues with their chosen candidate’s credentials. It should be the district’s job, not the student newspaper staff’s, after all.

Commenters on the Huffington Post article seem to agree. “The superintendent should be investigated for poor practices,” wrote reader Stephen Perry, one of many commenters questioning how the district didn’t notice the problems.

And commenter Dana DeSimone points out that it was fortunate the school staff allowed the students to keep pushing for information: “Kudos to their faculty adviser as well for not shutting this down.”

It’s unclear if the school district will be more careful about how they screen future potential employees but the attention drawn to the issue will no doubt inspire these kids – and student journalists everywhere – to keep asking the tough questions.

In the meantime, we hope some cool internship offers come flooding in for these kids. They deserve it.

What do you think of this story? Should the district have noticed the problem before the students? Tell us in the comments!

Have an exciting spring break at these kid-friendly travel destinations.
Read more
You