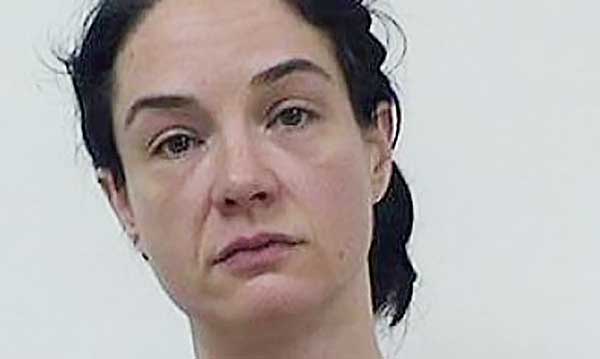 It’s a normal Saturday for you and your two siblings. The TV blasts your favorite music video. You three are singing and dancing around the living room in your PJs. Next thing you know, your mom bursts in with a gun and shoots the TV. Pieces of plastic and glass shatter all over the carpet.

This is what Illinois mom Jennifer Ullery allegedly did after she got fed up with her kids – ages 15, 11 and 6 – watching too much TV, according to NY Daily News. And it wasn’t just one shot into the 50-inch flat screen Panasonic. The 40-year-old set off multiple rounds.

Huffington Post reports that the police visited the home less than a month later after they learned of the incident from the Illinois Department of Children and Family Services. That’s when they saw the shattered TV, according to CBS Chicago. This act of violence wasn’t too far out of the norm for Ullery. Deputy Chief Doles told CBS that police were at this home the previous month for domestic disputes between her and her husband.

Even though the children weren’t hurt, they were sent off with relatives. Police arrested Ullery and charged her with reckless discharge and unlawful possession of a firearm, and three counts of endangering the health and safety of a child, NBC Chicago reports.

This isn’t the first time we’ve heard of a parent who shot a screen. Remember the dad who shot the laptop? This proves she isn’t the only parent of this “caliber,” but it’s still worth talking about and many people had a lot to say. Huffington Post commenter James Hodl didn’t feel for the mother or kids. His sympathy was for the dad. “For years responsible mothers simply clicked off the set and ordered the kids outside. Very simple and effective. No need for firearms. Now what is dad going to say when he gets home after a hard day at work and he can’t watch the baseball game?” he says.

Commenter Peter Froiland cheered the mother on saying “sometimes you just gotta make a statement.” And commenter Joe Duesler agrees. “Not the cops business or anyone but her and her disrespectful children. Hope she sues,” he adds.

Personally, I think this is a bit much. I mean, I do understand her frustration. My kids stay glued to their iPads. But instead of shattering the screens, I simply take them and tell them to go read a book like a normal adult would. Besides, learning starts at home and it’s my job to teach them how to handle their emotions. So what do you parents think of this?

Help your little one grow into a confident young adult with these fun activities.
Read more
You