The Kansas mom says the community center didn't house the statue safely enough and that neither her nor her son is liable. Security footage seems to tell a different story. 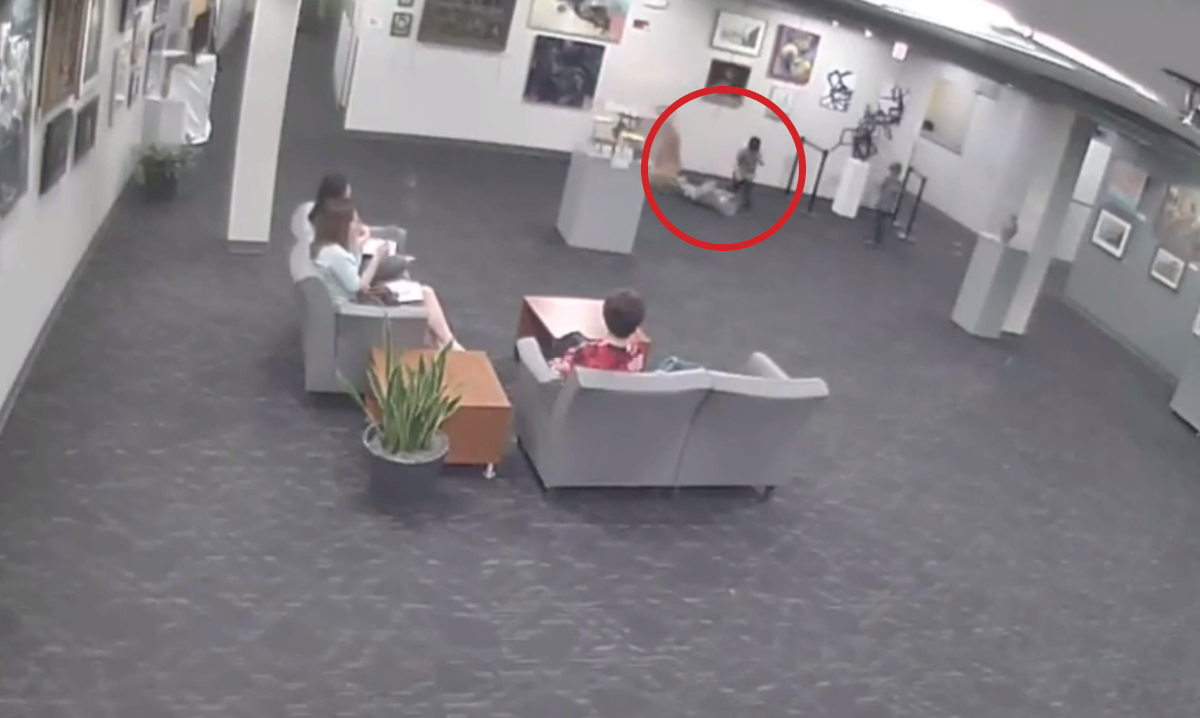 Kids will be kids – or so they say.

Personally, I’ve never been a fan of responsibility annihilating idioms like this that imply the actions of a person should be consequence-free simply because they’re a child.

Sure, kids are definitely going to act as though they are kids. They only know what they know after all, but that doesn’t mean that they get off scot-free when they mess up and oftentimes the consequences of their actions will fall to the parents.

One Kansas mom is learning this lesson the hard way after her son knocked over and broke a statue at a local community center and is now being asked to pay $132,000 in damages.

As the boy’s mom, Sarah Goodman, explains her family was celebrating a wedding at Overland Park’s Tomahawk Ridge Community Center and was getting ready to leave.

She says that when they were saying goodbye to the bride’s father, her 5-year-old son “hugged” and knocked the glass statue over.

The statue, which took two years to complete, was damaged beyond repair, and because the artwork was on loan to the city, the city filed a claim with their insurance company who is asking for the mom for the payment.

Meanwhile, mom argues that the accident is the city’s fault because the statue wasn’t in a glass case or held down very well, that it’s a danger to children and that her children were “well-supervised” and “well-behaved” during the incident.

In the footage, two boys are running around the center. They both climb up on the statue a total of three times and only once did a man appear to tell one of the kids to get down.

The third time, Goodman’s son pulls the statue to the ground and falls on it. There were three women sitting on a couch across the room who did not intervene until the statue was on the ground.

So, while it does seem like it was an accident, it totally could have been avoided if mom or dad had been watching their kids – which means that it’s not too much of a jump to hold mom and dad liable.

Parents aren’t perfect. I get that. They’re going to make mistakes and they’re going to miss some of the things that their kids do but kids can’t get away with destroying artifacts or artwork simply because they’re kids.

It’s a tough pill to swallow but it’s the risk you run leaving your kids alone with delicate but valuable items.

We hope that mom can work something a little more affordable out with the insurance company but if not, well … we’re willing to bet that junior will learn not to do it again.

Do you think that mom is liable for the damage her kid caused or do you think this punishment doesn’t fit the crime? Let us know in the comments.