Schools in England started to remove analog clocks because kids can't read them. This Jimmy Kimmel segment proved the schools right, but we're not sure why people are so surprised. 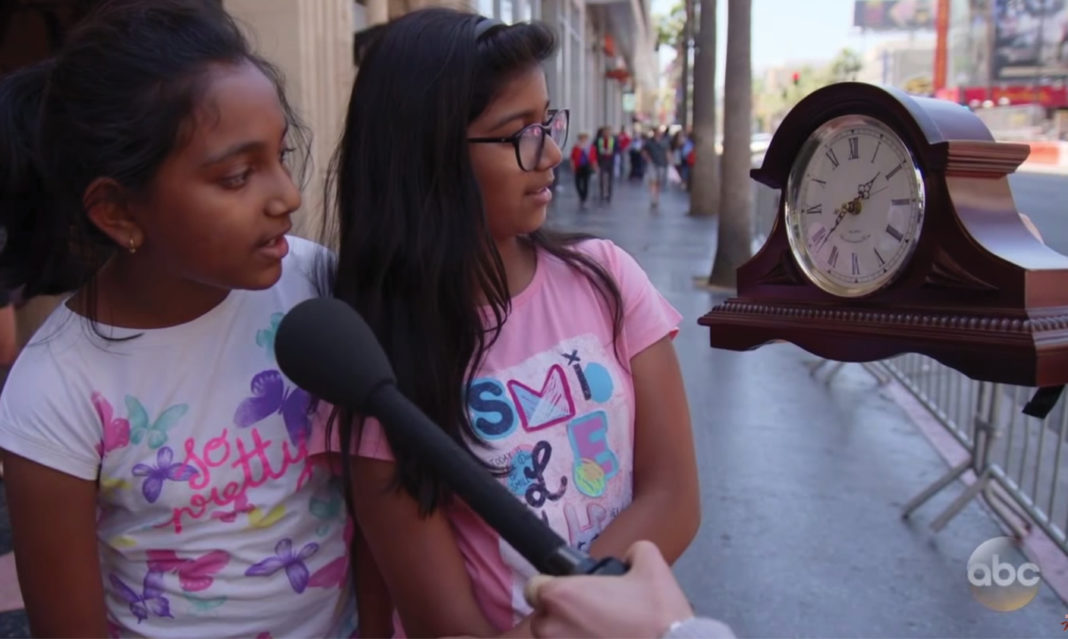 Quick! Your spouse needs you to check in on the kids and you need to call them right now. Your cell is dead and you need to make the call using an old-school rotary phone. Could you do it?

For some, that might be a piece of cake but for others who grew up in the age of push-button house phones and smartphones, it might be more of an issue.

And that’s kind of what’s going on with kids and analog clocks. See, schools in England started to remove analog clocks from classrooms and replace them with digital versions because kids allegedly couldn’t read them.

This story reached late-night host Jimmy Kimmel, who took to the streets and put kids to the test. Out of the 15 kids that he asked in the video, only one child was able to tell Kimmel the time – though the other kids were super creative with their responses.

However, the responses to the video of the kids, which was posted to the official Jimmy Kimmel Live Facebook page, weren’t so creative. One commenter called it disturbing that the kids couldn’t tell Kimmel the time.

Still others went on to say that both the parents and schools had failed the children because the kids were never taught how to read an analog clock – and that “this is what is so wrong with the world.”

But I’m really not sure exactly why some are making this a huge deal.

We live in a world that is mostly digitized and the analog clock is on its way out.

I’m all for learning everything that you can in this life, but it isn’t the end of the world just because something that you learned as a kid isn’t relevant to kids today – because really, kids now are learning all sorts of things that generations before them didn’t have the opportunity to learn, and they’re probably more knowledgeable when it comes to technology than any of us because of it.

What do you think? Should kids know how to use old technology or should they focus on the future? Let us know in the comments.

You don't need to be an Olympian to lace up your skates and shred the ice. Take the family to one of these ice rinks in metro Detroit and Ann Arbor for open skating and more.
Read more
Healing Haven