He called her 'overweight' and said she must be 'flattered' by the attention. We think he should be kicked out of his own courtroom. 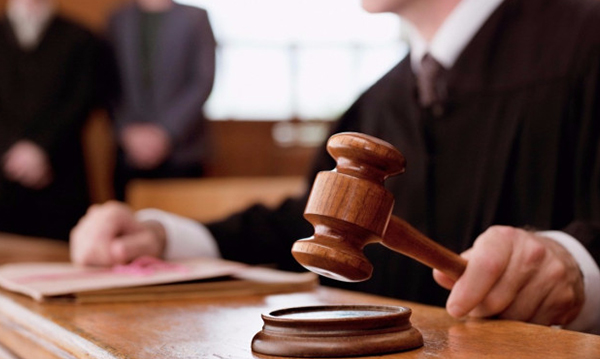 The world is full of Harvey Weinsteins and Brock Turners. Men like Weinstein use their power and industry pull to lure their victims to hotel rooms for “business meetings” that turn physical. Then there are young, entitled brats like Turner who think it’s OK to sexually assault an unconscious college student.

And while these men exist, there are the judges who either help send these predators to jail or decide it’s OK to let them roam free. But what happens when a judge starts the victim blame game instead of focusing on the assailant?

That happened in a Quebec courtroom recently, according to reports from The Guardian, when Judge Jean-Paul Braun took time to comment on a 17-year-old victim’s appearance and implied she might have wanted the sexual attention she received from a taxi cab driver.

Here’s a recap of what happened and why this 17-year-old ended up in Braun’s courtroom in the first place.

Last May, The Guardian reports, Carlo Figaro, a taxi cab driver “forcefully tried to kiss the girl, licking her face and groping her before she managed to get out of the cab.”

This incident is what landed Figaro and the 17-year-old in Braun’s courtroom. And while the Figaro’s advances were nasty, Braun’s comments made things a lot nastier.

Braun said the teen is “a little overweight but has a pretty face” – and he even went on to say that she may have been a “little flattered” by the attention she received from 49-year-old Figaro.

It’s no surprise that Braun’s comments have landed the judge in hot water. In fact, Justice Minister Stéphanie Vallée has asked the judicial council to investigate the judge, The Globe and Mail reports.

“Judges need to be trained to dispel myths and ensure they understand consent and how trauma affects witnesses,” Lalonde told The Globe and Mail.

Training these judges on sexual assault could help, but honestly I’m not sure how much. I think these viewpoints are ingrained in a certain type of person – and I’m not sure that can be changed.

While Braun did find Figaro guilty, the fact that he made it a point to comment on the victim’s appearance and say she might have wanted the attention is part of a larger issue of victim blaming – and it needs to stop. We need to teach people to respect each other’s boundaries and bodies. It’s not OK to force anyone into a sexual act and it’s definitely wrong to blame the victim of sexual assault.

What do you think of the judge’s remarks? Tell us in the comments section.