The Duchess of Cambridge's mom owns a party shop that was selling a gory zombie getup for kids. People call it sick, but we think people need to chill. 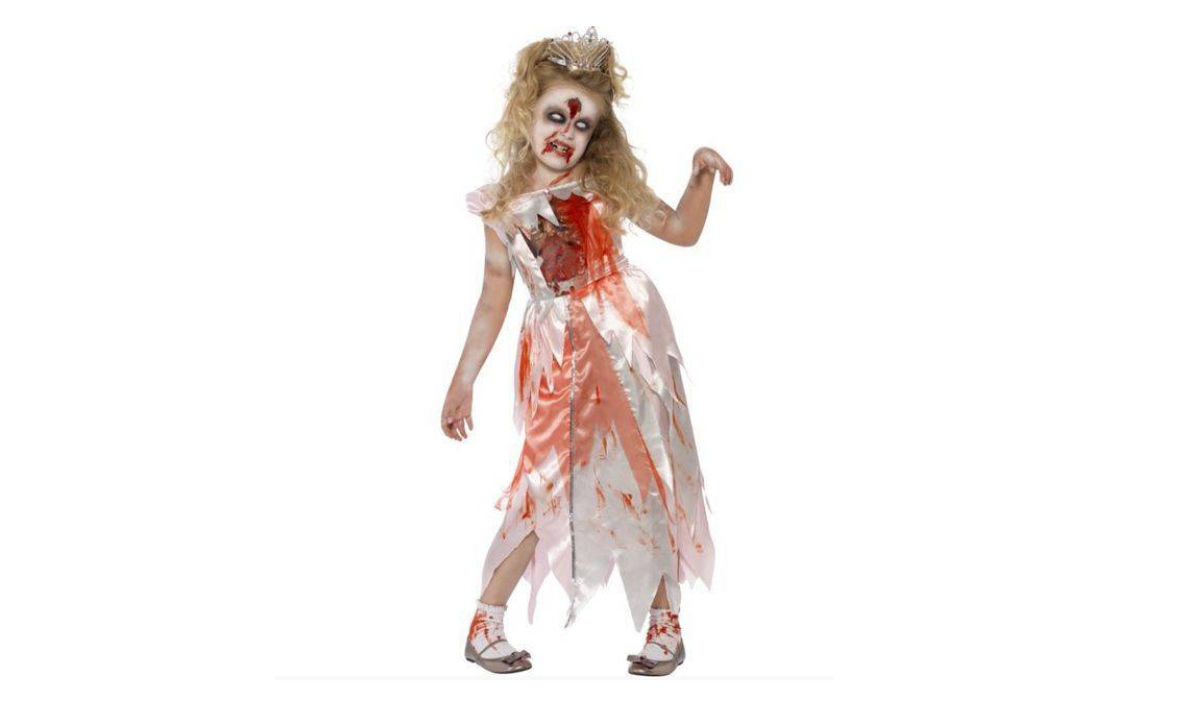 Halloween is my absolute favorite time of year. In fact, I celebrate it just as long as most people celebrate Christmas – and fill my most wonderful time of the year with visits to terrifying local haunted houses, marathons of old-school slasher flicks like Halloween, A Nightmare on Elm Street and Friday the 13th, oodles of decorations and multiple costume changes.

And this isn’t a new thing. Apart from a fearful phase I went through when I was about 10, the horror genre and Halloween have always been my thing, which is why I call the controversy surrounding a creepy kids costume and Kate Middleton’s mom complete bogus.

Carole Middleton owns a party store called Party Pieces and was selling a kids’ zombie princess costume. It featured a crown and a pretty pink dress covered in blood and ripped to expose a rib cage and organs – to be fair it is quite gruesome – and boy, did it cause controversy.

A friend of the late Princess Diana, Simone Simmons, told the Daily Star that she thought the costume was “sicker than sick” and that she hoped people boycotted the site.

Since then, the costume has been removed from the website.

Of course, when you’re related to “royalty,” or any famous person for that matter, you are more open to public scrutiny than the average Joe – but “sicker than sick” is a bit much.

Sure, the costume is a bit shocking and over-the-top, but I can think of about ten things that are sicker than this costume – mass shootings, child abuse and eating people, come to mind right off the bat.

Some kids like creepy or outlandish things, and there’s nothing wrong with that. That said, if you feel like this costume is too much for your kid, then tell them to pick something else and move on.

It’s really not that hard.

Image from Party Pieces on The Stir

What do you think of this zombie princess costume? Would you let your kid wear it or is it a hard no for you? Let us know in the comments.