Should Kids Get Cell Phones at Sleep-Away Camp?

Outlawing mobile devices at summer camp isn’t going over well with some parents. Do you think kids need cell phones at camp? 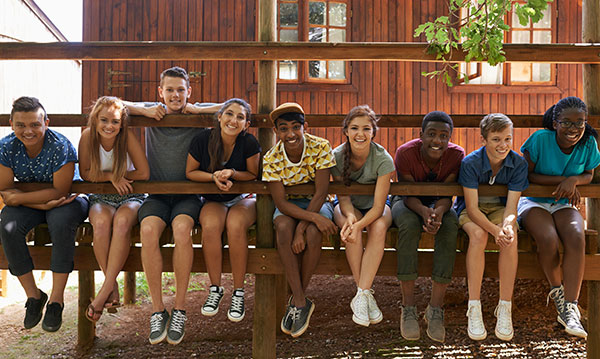 A week or more without being able to check on your kids all the time? It’s just not possible for many parents. But could the so-called “hovering” parents who do send their kids off to camp be ruining the experience for them?

The articles describe how some parents are breaking no-cell-phone rules at their kids’ summer camps by sneaking them into teddy bears and care packages. Instead of embracing the break from technology, parents are helping their kids access it because they can’t stand them being unplugged any more than the kids can.

It might even be harder for the parents, one youth development expert told NPR.

“We started to hear from camp directors a number of years ago that parents were the most problematic areas of a camp experience,” said Barry Garst, describing parents who need daily updates.

The issue isn’t necessarily new, either. Last year, NPR wrote that summer camps were struggling to enforce screen-free time and experimenting with different policies – no phones at all, phone use only during outings, and so on.

Despite the initial struggle, some kids end up enjoying a break from their devices. One camper quoted in the NPR story shared this: “Often times I’ll sort of just find myself walking around, like enjoying, like you know going down to the ocean, just sort of being there.”

Novel idea, right? But do kids need to be completely screen-free at summer camp to experience that? Probably not.

From the parent perspective, letting your kids go phone-free is tough even for the non-helicopter type. “I don’t identify as a helicopter,” the Chicago Tribune writer shares. “But this no-phones-at-camp thing is hard!”

But if you are sending your kid to a camp that prohibits cell phones this summer and trying to cope with it, Common Sense Media has some tips. Send letters the old-fashioned way, they suggest, and ask the camp about what other ways you can check on your kid regularly.

And if all else fails? There’s a stuffed animal for that.

What do you think? Should kids be allowed to use their cell phones at summer camp to check in with their parents? Tell us in the comments.