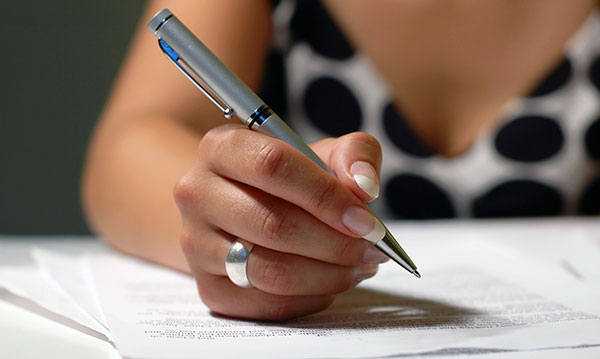 Filling out forms for kindergarten enrollment is a standard process. Having to fill out emergency contact information? Yep. Recording your child’s health history? Of course.

But noting whether your child was delivered by vaginal birth or C-section? Wait … what?

Cara Paiuk documented her reaction to this invasive question found on her child’s kindergarten signup form in the New York Times’ Motherlode blog.

“It reminded me of some awful blind date asking if the carpet matched the drapes,” Paiuk writes. “My vagina was not up for discussion by a stranger then, and it’s certainly not up for public examination now. I had to know: Why would they even ask?”

After calling the number on the form, the head nurse explained, “the form was stored in the school nurse’s files so that if a teacher or other administrator perceives an issue with a child (presumably, a learning disability or behavioral problem), that person could pull the file and look for clues in the medical record that might explain the cause.”

When she asked why this would be relevant, the nurse explained if the cord had been wrapped around the baby’s neck, thus depriving it of oxygen, there could be a developmental problem, for example.

Paiuk ultimately didn’t end up filling out that question on the form, writing in her post, “Unless evidence-based medicine of pedagogy shows the type of birth to be valuable for assessing a child’s current health, ability to learn, or safety, or whether it poses a medical or security risk to others, why should I respond?”

I did a bit of searching, curious to see other forms asking this question. For a Massachusetts school, the questions were as detailed as asking parents to specify, “vaginal (head first) delivery,” or “vaginal (feet first) delivery,” or “forceps delivery,” etc. Apparently, Paiuk lives in Connecticut. I tried to look at some southeast Michigan kindergarten enrollment forms and didn’t find this question – at least not for the schools I checked. The only thing I found in my quick browse around was on a form for Dexter Community Schools’ kindergarten entry was a question about complications before, during or after delivery.

There are pros and cons to delivering in either fashion, including some heath concerns for both, according to an article from Live Science. While I don’t know that I would personally mind answering the question for the health record, I can understand why moms would feel it’s intrusive. I would think if these schools are concerned about birth complications such as lack of oxygen, they should probably more directly ask, “Were there any complications during the birth of your child? If so, specify” – or something along those lines. It might just help make moms feel more comfortable with the question, and give them some more context as to why it’s being asked in the first place.

Opinions seem to be torn, at least on the New York Times piece. Some readers are arguing it’s an “incredibly invasive question” that it’s “none of their business.” Others felt differently, with one commenting to say, ” Why do some people insist on making a battle out of something so trivial? Don’t answer the question! Simple solution.”

So where do you stand on this one? Have you ever seen this question on a kindergarten enrollment form? Would you answer the question or skip it like this mom did? Comment below!