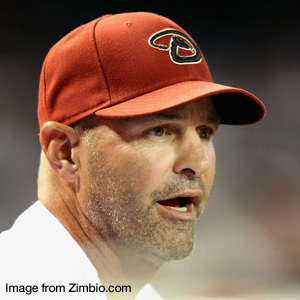 Former Detroit Tigers outfielder star Kirk Gibson – known for his no-nonsense, take-no-prisoners attitude – skipped out on his son's high school graduation. Instead, he attended the game of the baseball team he now manages, the Arizona Diamondbacks, as they played the Texas Rangers.

His reply to media scrutiny?

"You're supposed to graduate," Gibson told the Associated Press. "His mom and the rest of the family will be there. He's coming to see me next week."

That blunt response got the Internet buzzing – and it's an even split between those calling Kirk a jerk and those rallying to his team.

"Bad move, Kirk. You have an all-star coaching staff that is capable of covering you for a game or two," a commenter named Isaac said on Yahoo Big League Stew blog.

But "Josh Hamilton's tats" saw the logic. "I agree with Gibson. To graduate from high school, all you have to do is show up. I skipped my college ceremony to play in a softball tournament," the user commenter on the same blog.

"All these reporters need to stay out of my family business. I knew dad wouldn't make graduation; he has to pay the bills somehow. Love you dad," the younger Gibson tweeted.

Cam was drafted by his father's team, the Arizona Diamondbacks, but chose to accept a scholarship to play baseball at Michigan State University, dad's alma mater.

I can understand why graduation doesn't seem like a big deal to Kirk and his family. His son went to Grosse Pointe South High School – where about 97 percent of its students get their diplomas. But for kids that grow up in areas where the odds are against them, graduation is a huge accomplishment – and that's a different story.