The 13-year-old singer/actress was in a controversial Instagram pic with Disney actor Moises Arias, 20. Now police are involved. Was it innocent or legit creepy? 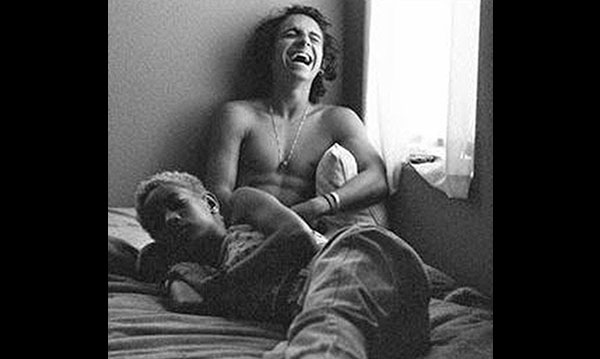 It’s black and white, a little dark and a whole lot wrong. At least that’s what people online are saying of a photo of the 13-year-old Willow Smith – daughter of famous parents Will Smith and Jada Pinkett Smith – and actor Moises Arias.

The photo in question depicts Willow and Arias, a 20-year-old actor best known for his portrayal of Rico on Disney’s Hannah Montana TV show, on a bed. Arias is shirtless, leaning up against a wall on a corner of the bed – while Willow lies, fully clothed, next to him.

The two are not touching or even looking at one another. But when it first popped up on social media back around May 7, reaction was swift and negative – triggering a flood of headlines like one from TheGloss that declares, “This Creepy Picture … Will Seriously Gross You Out” – and prompting the images to be pulled from Instagram, the Los Angeles Times notes.

Was it an innocent moment shared between friends blown up into a monster by anonymous Internet trolls – or was there something more to it?

It appears the L.A. Department of Children and Family Services isn’t taking any chances, having reportedly launched an investigation against Will and Jada, according to Radar Online. The two are unhappy that their parenting has been called into question, Radar notes, but have cooperated with officials.

Many agree with the actions taken by CPS, calling the photo inappropriate. Some say Will and Jada need to step up as parents, and one Us Weekly reader went so far as to say, “I see both the Smith kids in rehab in a year or two and Willow pregnant. Then the ‘told you so’ can begin.” (The Smiths’ older son, Jaden, is 15.)

It may not help that the celeb Smiths have been well-reported in media for their open, “punishment-free” parenting style.There have even been reports that the controversial pic was taken at the Coachella Valley Music and Arts Festival, which Willow and Jaden may have been allowed to attend unsupervised.

The family, however, stands behind Willow and Arias.

“Will Smith and Jada Pinkett Smith believe their daughter is ‘very mature’ … enough so to make her own decisions, as long as they clearly don’t cross the line,” sources “connected to the Smith family” told TMZ. The Smiths have known Arias for years (he’s also reportedly best friends with Jaden). Mom and dad view the photo as innocent fun and an expression of art, TMZ adds.

Jada even chastised the paparazzi, according to Us Weekly, saying, “There was nothing sexual about that picture or that situation. You guys are projecting your trash onto it. You’re acting like covert pedophiles, and that’s not cool.”

Whether or not the photo is out of bounds is a matter of opinion, but some do stand with the Smiths and question the actions of CPS.

“Really, that is was children’s services are concerned about?” a Huffington Post reader writes. “I saw the picture and saw nothing wrong with it. How many children are abused or killed in the Los Angeles area every year? Can they not find important issues to spend their time on?”

The investigation of the Smiths, which will also involve social workers talking to Willow and Arias, is ongoing and is expected to last for at least a month, Radar notes.