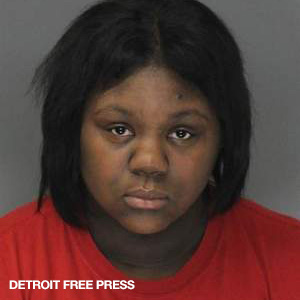 Chuck E. Cheese's is the ultimate birthday party spot for kids. Nothing is better than a land of games and tokens, pizza and pop, kids and family fun. Unless, of course, one kid's parent gets pissed off and causes a scene.

And it appears that this happened – when things got a little out of control at the Chuck E. Cheese's location on John R Road in Troy over the weekend. And a Hamtramck mom's angry outburst resulted in an arrest.

Robin Charleston, age 19, now faces a disorderly conduct charge, according to the Detroit Free Press, as a result of pepper spraying fellow patrons. What prompted the aggression?

The Free Press reports that Andy Breidenich, Troy's police sergeant, says Charleston "thought someone was messing with her tokens, her salad and her purse."

Is it reason enough to freak out on fellow patrons? Not so much. And commenters on the Freep article weren't too kind in their viewpoints on the incident.

Hector R Beuno says, "She needs a psychological evaluation before being released," while Robert Chapman declares, "She sprays the air full of pepper spray and still has custody of her 2 year old? Come on, Child Protective Services, you need to be on this one and quick."

The Times Herald reports that Charleston was released on bond. She will appear at the Troy District Court on April 29 and could get up to 93 days in jail.