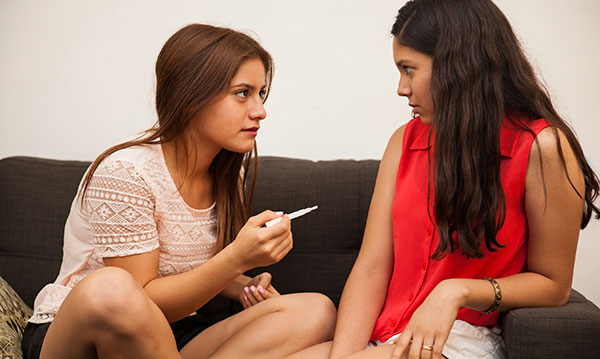 A local teenager who reportedly pretended to be pregnant with triplets is making national news headlines this week.

The teen, who is from Wyandotte, apparently told her boyfriend, friends and family that she was expecting triplets and even accepted thousands of dollars in donations from an area church, according to Fox 2 Detroit.

The News Herald reports that the teen likely won’t face charges as it was reported earlier this week, and her brother says she plans to return the donations, Fox 2 reports.

“She lost the baby at six weeks,” her brother tells Fox 2. “She didn’t tell anybody; she was scared and didn’t know what to do. All donations she took are being returned.”

The story has been picked up by national news outlets including Daily Mail and Huffington Post.

According to reports, the girl picked out names for the babies, shared ultrasound photos obtained at FakeABaby.com and posted photos of her belly bump to social media. When her due date came and went, family members became suspicious and police were eventually contacted, Fox 2 reports.

Despite the shock value of the story, this girl is just 16 years old – practically a child herself. If she did in fact suffer a miscarriage, who are we to judge her decision to lie about the pregnancy continuing? The heartbreak and trauma of that experience – especially during the already-difficult teenage years – shouldn’t be underestimated and perhaps this was how she handled the grief.

Whatever the case, teenagers lying about being pregnant is a known issue and not as uncommon as one might assume. The reasons are varied and complicated.

And lying during the teenage years in general is unfortunately almost a hallmark of adolescence. This is an extreme example, of course, but weren’t we all teenagers once? A mistake she made at 16 years old shouldn’t define the rest of her life and there’s no need for reporters to be knocking at her door about it. Let them move on.

As long as the donations are returned, it seems the teen herself will be the one to face the consequences of her story and need to re-build trust with those closest to her. We hope she’ll be met with support and forgiveness.

In the meantime, the people behind websites like FakeABaby.com should be ashamed of themselves for giving teens and others the tools to so effectively lie about a pregnancy. The apparent authenticity of the photos – even allowing customers to make their names appear on ultrasound images – just leads to more heartache when those affected by the lie find out the truth.