Loud Mom Gets Arrested after Cheering too Loud at Kid's Graduation 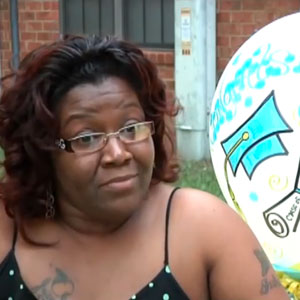 It's natural for any parent to be proud when her child walks across the stage to receive her diploma, but one South Carolina mother's enthusiasm at her daughter's graduation ended with a night in jail.

Shannon Cooper was escorted out of the South Florence High School graduation ceremony June 2 for cheering too loudly, arrested and sent to jail for several hours until she posted the $225 bond, according to Reuters.

Fox News reports that police told WPDE-TV that ceremony attendees were warned before graduation that anyone who cheered or screamed would be removed from the venue.

But Cooper said she didn't feel as though her actions were different than any other the other families. South Carolina law only counts disorderly conduct as a misdemeanor, but it can lead to a $500 fine or up to 30 days in jail.

This isn't an isolated incident, either. In Cincinnati, Mt. Healthy High School denied graduate Anthony Cornist his diploma because his family and supporters were too boisterous with their cheering. The New York Daily News reports that Cornist will have to perform 20 hours of community service before he can graduate.

Is it right to limit the amount excitement that's appropriate at a graduation ceremony? Some feel as though too much cheering and noise for one graduate prevents people from hearing other graduate's names being read. A comment from Nobammy on theblaze.com feels that this is an issue of common courtesy.

"Our society needs a refresher course on good manners. Period," Nobammy writes. "Although it is exciting to see a loved one receive his/her diploma, it is important to exercise self-control out of respect for others.

"It is appalling to see a group of individuals hoopin' and hollerin' and actin' a fool at public events such as this. RUDE!"

But others say that parents should be that excited to see their children graduate.

"My son graduates from high school in two weeks, and part of me wants to fist bump Shannon Cooper and be right in there with the parents who are on their feet cheering," senior Huffington Post columnist Lisa Belkin writes in a blog. "After all, it has been both an endless and a fleeting 12 years, and it's so tempting to celebrate out loud."

Although it's important to congratulate someone on an achievement such as graduating high school, perhaps the raucous celebration should be left for after the formal ceremony.