Man Carries Cat Lunchbox to Work for the Sweetest Reason

After his 10-year-old cousin was teased for having a pink and purple cat lunchbox, a man from North Carolina bought the same one for work to make a statement about gender stereotypes. 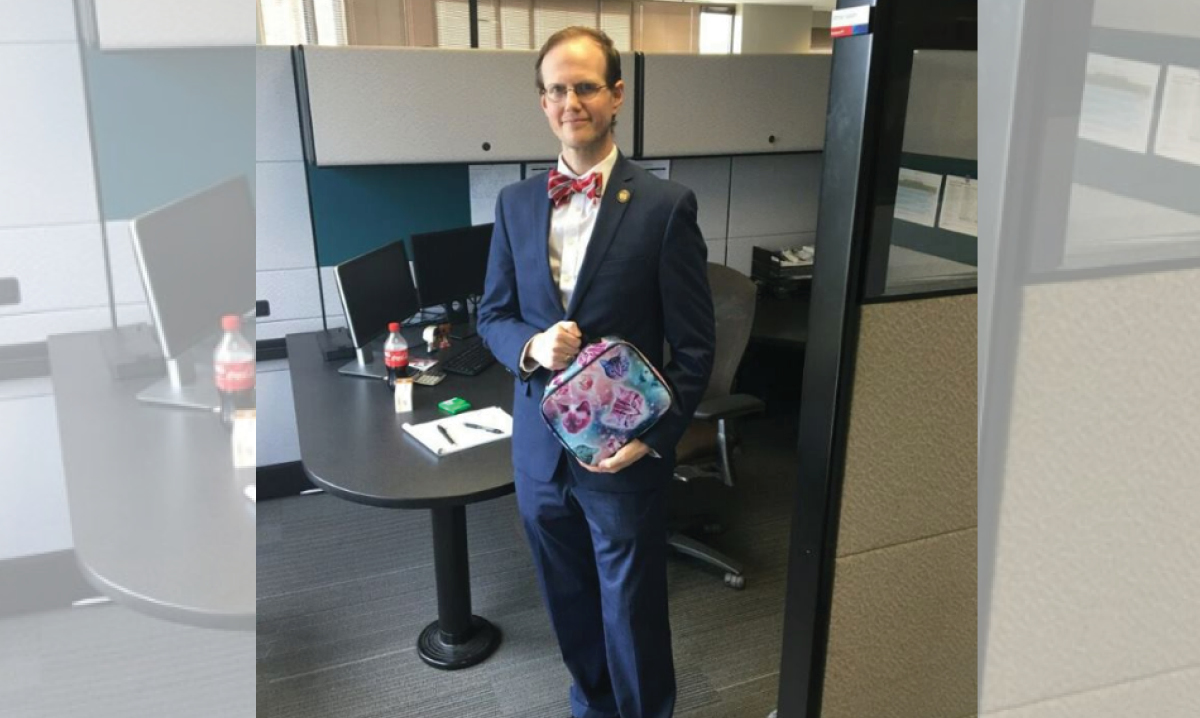 After his 10-year-old cousin was bullied for bringing a pink and purple cat lunchbox to school, David Pendragon, a data analyst from Charlotte, North Carolina, took a stand against gender stereotypes in an adorable way.

“I have ordered the same lunchbox for myself and proudly carried it to work today at my large, conservative, corporate workplace,” he wrote in a post on Facebook. “I’ve told anyone who asked the story behind my lunchbox and to a person, they all stand with Ryker too.” A photo of him holding the lunchbox accompanied the post.

We’re not surprised that this picture went viral. We also are happy to report that people are supporting him and what he is doing for his cousin.

“I love my new lunchbox and I hope Ryker and all the other boys out there can see that their passion and self-expression is never something to be ashamed of,” Pendragon wrote.

Although society has gotten better when it comes to gender stereotypes, there is still a stigma that boys should not like anything that girls like – including colors, animals and activities.

Babble reported that Ryker’s teacher had his back, too. Pendragon said that his cousin’s teacher addressed the issue with the class and made sure they realized the impact their actions and words had, Babble noted. Now, Ryker doesn’t have any issues with bringing his kitty lunchbox to school.

Pendragon has hope for the future. “Gen X and the millennial generation are changing the way they teach their kids about gender society, and their place in the world.”

This has to be one of the sweetest stories I’ve read in a while. I hope more people do things like this!

What do you think of this man’s post? Tell us in the comments below.