The 12-year-old loves pranking his mom and tried to scare her with a mask of the Star Wars character, but it worked a little too well and mom knocked him to the floor out of fright. 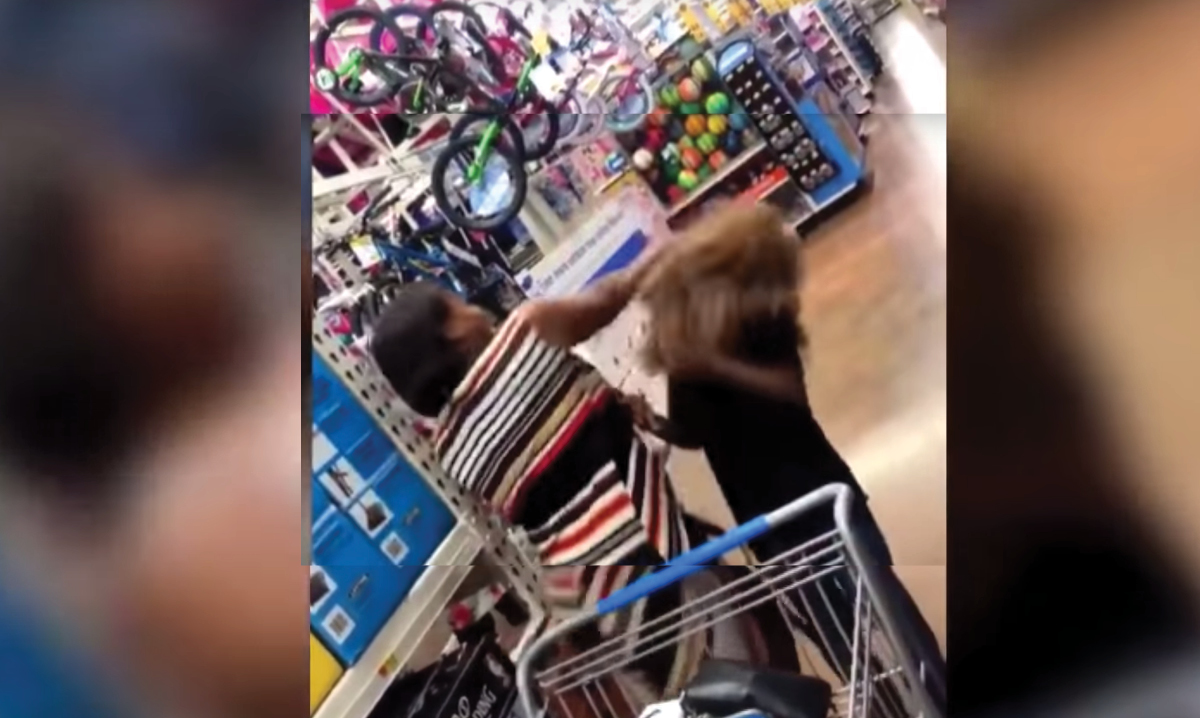 My family was into pranks when I grew up. Nothing nefarious or dangerous, but harmless little jokes and scares that made the prankster laugh and the prankee roll his or her eyes.

During the fall season, scaring each other with creepy Halloween get-ups – in particular a knockoff Freddy Krueger mask – was the norm in my house. I got a few good scares in on my family and they got a few good ones in on me. But no one ever got hit over it.

Tylen and his mom, Tashila, were at a Walmart in Chickasha, Oklahoma when the 12-year-old boy decided that he was going to try to scare her.

He put on a life-size mask of Chewbacca, Han Solo’s Wookie companion in the Star Wars films, and tries to sneak up on her a few times. He finally takes his moment while she’s watching another child test out some basketballs.

In a video of the incident, Tashila is completely absorbed in the other child and is totally unaware that Tylen has been stalking her as Chewie through the store.

When she does finally see him, she shrieks and quickly clocks him in the face.

He falls backward onto the floor but isn’t down long before sharing a good laugh with his mom – though he later said that he had to pick hair out of his braces.

Of course, not everyone sees it as a comical parenting whoopsie.

Since going viral on YouTube, the video has amassed a large number of comments that say the moment was faked – calling into question the mom’s quick response time, why the incident was being recorded at all and how she didn’t realize one of her kids was missing as he was prowling around behind her.

Some even say that the incident should be considered abuse.

Both Tashila and Tylen say that the video is legit and that mom’s reaction was a total accident out of fear. But whether that’s true or not, we’re pretty sure that Tylen will learn to dip away from that hook if he decides to prank her ever again.

Video still shot from Inside Edition

What do you think? Was this a set up or a candid capture? And do you have any great prank stories to tell? Let us know in the comments.