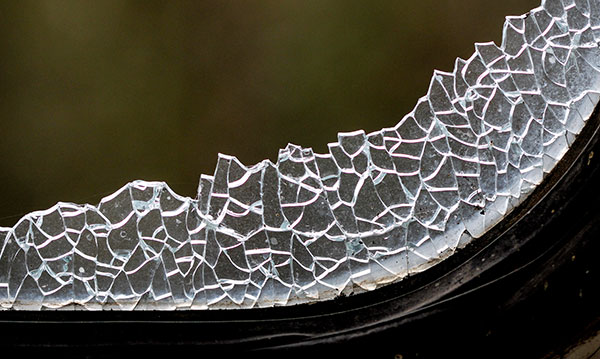 Parents may feel helpless if their child comes home complaining of being bullied. It’s a heartbreaking situation and nobody wants to hear their child gets tormented each day at school.

That’s the only reason I can guess this Kentucky mom felt enough rage to allegedly take a baseball bat to the window of her child’s school bus.

According to a news report from local Louisville station WHAS 11 ABC, Cherrice Johnson is being charged with assault, terroristic threatening and more after her alleged attack on the school bus in September, which she says was “a response to her daughter being bullied on the bus and the driver not doing anything about it.” The arrest slip notes Johnson had confronted the bus driver multiple times prior to the incident, the news station reports.

On this particular day, the mom allegedly approached the driver “while armed with a baseball bat.” After arguing, the report says, Johnson said, “I don’t care about these kids, I will take them all out.”

The bus driver then closed the bus door, but Johnson reportedly hit one of the bus windows – all while kids were on the bus. The broken glass cut the driver’s leg, the news station notes.

Now, I do feel for this mom, who must have been so angry about the bullying incident to do this. It must be frustrating to know your child is unhappy and nothing changes day after day to solve the problem – despite your complaints. According to WHAS 11, mom claims she had “been calling the district since the third week of school to try and sort out the issue of bullying.”

That said, I certainly don’t agree with the action she took. Threatening to take out a bus driver and a busload of kids? Violence and anger aren’t good solutions to bullying, which is fueled by the same venom in the first place. This is a terrible example for her child on how to confront problems – not to mention the other children who were on the bus. Now who will take this mom seriously?

Can you understand this mom’s anger and frustration? Do you feel for her? Or, do you think she’s absolutely out of her mind for doing this? Comment below with your thoughts.