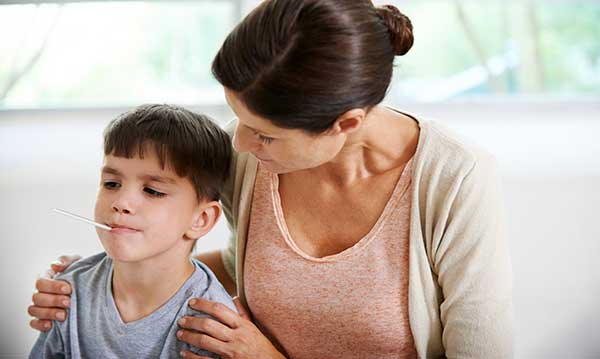 Samuel is on the honor roll. He was recognized as “Student of the Month” at his school. Doesn’t sound like a student who is falling behind to me. But Samuel’s mom Julie Giles says she was arrested and “shackled” because he missed too many days of school, according to the New York Daily News.

Here’s the scoop: This Sylvania, Georgia mom says 10-year-old Samuel missed 12 days of school due to illness, and that’s apparently double what the school district allows. She allegedly received a call in January, when her son had missed five days. Then, she received a warrant for her arrest. While Giles says she was able to get a doctor’s note for three days, she was not able to do the same for the others. So, she turned herself in.

The New York Daily News article notes Giles says she was placed in ankle shackles and booked. A mug shot was taken, and then she was able to leave on her own. She is scheduled to appear in court on July 14, 2015.

Mom posted to Facebook on May 12, 2015, according to the article, to say, “The truth is, I cannot afford a copay every single time they are sick, but I never want to send them to school when they feel bad or could possibly get others sick.”

I can’t say I blame her there. This is such a tough situation for a parent, whose child is sick and not in a state to go to school. I believe there are probably parents out there who let their child stay home from school for reasons way less excusable than feeling sick, and I know schools have to be mindful of that. But just because this mom couldn’t obtain doctor’s notes for every absence, does she deserve such an extreme punishment? Especially if Samuel’s grades don’t seem to be suffering?

When the absences tick up to a point when the school calls your home, you should be mindful of keeping track of those absences at home, yes. But if her son was truly sick (and it seems like kids are always picking up some kind of bug!), there’s nothing you can do but keep them back for their own sake and for the health of other students. And if money is tight, or you’re a working parent without time to take the child into the doctor for every sneeze or stomach ache, does the school really need a doctor’s note to excuse the absence, or would a simple phone call from mom explaining the situation suffice?

I am torn on this one, and all these questions are buzzing in my mind. I think it ultimately comes down to the school being understanding of the family’s situation. Samuel seems like a good student, and while sometimes rules and rules and exceptions can’t be made for individual kids, maybe the school should trust this mom’s judgment on her kid’s health.

How do you feel about this situation? Was the school out of line, or was the school doing the right thing once the absences added up? Comment below!

Brought to you by Traverse City Tourism
Read more
Attractions