Mom Blogger Takes Aim at Elf on the Shelf Overachievers 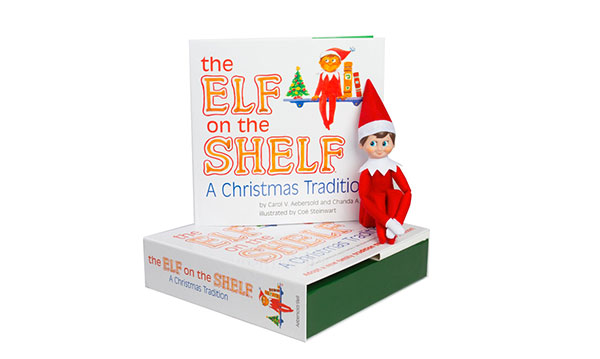 You can get as creative as you want with your Elf. Some parents put him in funny poses and scenarios for their children to find (think “bathtub” sinks full of mini-marshmallows, or propped up on top of Christmas trees). But other parents find the whole process a bit, well, annoying.

The author of the salty-titled (yet quite hilarious) blog People I Want to Punch in the Throat has a few thoughts about her fellow moms who are getting really creative with their Elves.

“Almost everyone I know has one,” says the author, Jen. She admits to having her own, lamenting that other mothers she knows now have two elves – and it will only be a matter of time before she has to add another to her family.

However, the power the Elf provides is undoubtable, Jen says.

“When there is even a HINT of rebellion, all I have to do is say, ‘Elf’ and they snap back in line,” she says. It’s the kind of influence only an adorable, albeit kind of creepy, little elf could afford.

While the elf has been helpful, Jen’s ability to make the best Elf experience for her children is, well, less than magical.

“Even though my children think he’s magic, I’m the one doing all the ‘magic’ – and I totally suck at it,” she says. “I forget to move him all the time, and when I forget I have to spin even MORE lies than usual.”

When she overheard some mothers talking about how they make their elves do naughty things (making a giant mess while “baking” cookies and taking all the ornaments off their tree), Jen lost it.

“Why in the world would I make my Elf do something like that?” says Jen. “I’m the one who has to clean up his mess and redecorate my tree! All so my kid could ooh and ahh over the magic of the Elf for about three minutes until the next shiny object caught their eye? I decided these women were insane.”

She then found blogs upon blogs of other mothers who like to do the most time-consuming and, in Jen’s eyes, completely over-the-top activities for their Elves (“knit a scarf or hat” for an inatimate doll?!). Jen continues her post, wryly ripping these ideas to shreds.

Now, of course, Jen’s blog is mostly for laughs, but her readers at least agree there is some truth in what she’s saying. Readers are chiming in, many saying that yes, while they have an Elf on their own shelves, they “refuse to join the madness.”

Many just don’t have the time to think of new, unique places to perch their Elf, like one reader who says, “My kids know that Elfie is a little lazy and doesn’t like to go out in cold weather, so some nights he sleeps in the same place as the night before.”

Are Jen and other moms just jealous of these mothers who obviously have a ton of free time? Probably – but c’mon. Overachievers can also just be downright annoying. Right?

It’s like that kid who goes way above and beyond for the science project at school. They spent way too much time and effort (and maybe some of mom and dad’s) and their project is the coolest in the classroom. You know you should just admire them and their creativity, but you’d rather just be irritated. Because, honestly, it’s more fun – and can make you feel better about your haphazard efforts.