The mom refused to pay her sitter for eight hours of work, insisting the 'fun' and 'ice cream' were sufficient. We have some choice words for this cheapskate. 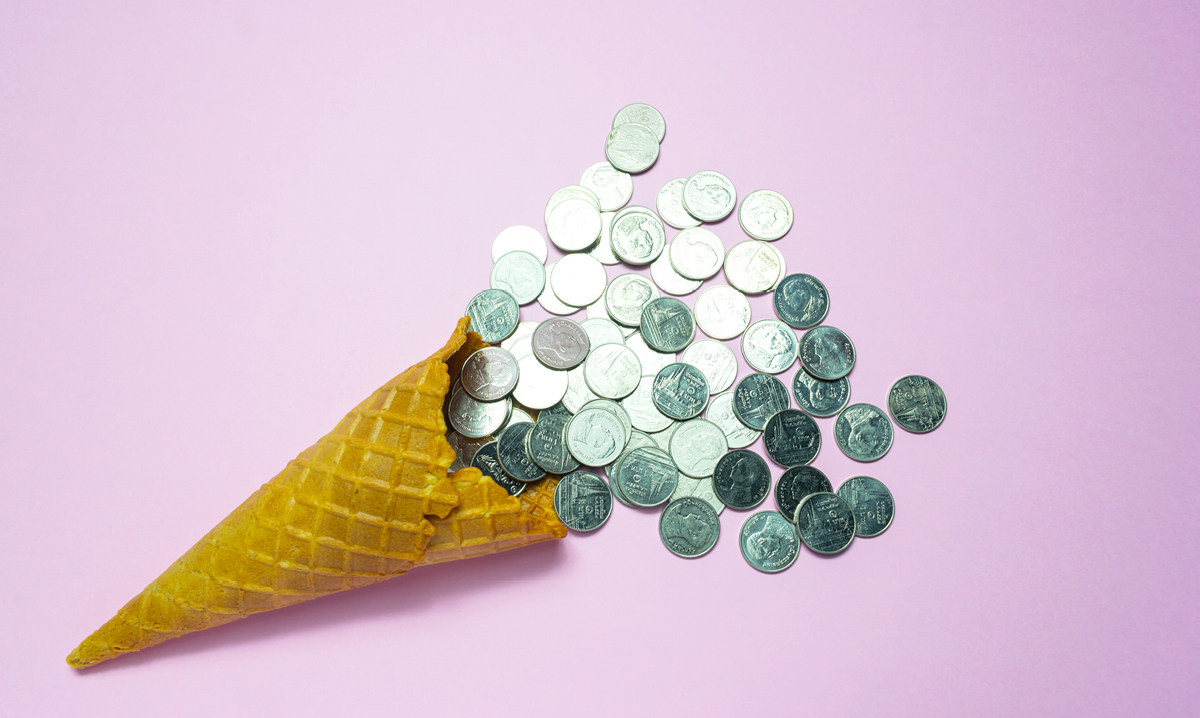 Babysitting isn’t easy. Trust me, I spent the majority of my teen years looking after my sisters’ kids.

Largely, my nieces and nephew were good kids, but my nieces are only nine months apart and my nephew is only six years older – so they could really be a handful some days.

I never required my sister to pay me. We were family and I loved spending time with those kiddos, so it felt weird at 14 years old to set a dollar amount.

That said, my sisters always gave me some form of monetary compensation, because they felt that I deserved to be paid for my time and hard work, despite the fact that I’m family.

Plus, it was just the right thing to do.

Apparently, though, not all parents think the same. Some even think that a for-hire babysitter should work for free because time with a complete stranger’s kids should be enough.

Take for example, the story posted to Reddit by VortexThing.

The sister of this Reddit user is a babysitter and had agreed to watch a woman’s children with a babysitting rate of $16 dollars an hour. Their agreement was documented via text message.

When it was time to pay up, the mom flaked out and texted the sitter, “I wasn’t aware payment was involved. You got free ice cream and a day of fun… I’m sorry for the misinterpretation.”

Of course, the sitter replied and reminded the mom that payment had been discussed, to which the mom asked the sitter to show her the texts – apparently this mom isn’t so tech savvy and believed if she deleted her own texts, they would be removed from the sitter’s phone.

The sitter sent the mom screenshots of the texts and the mom explained she deletes her texts often (uh huh, right).

The sitter insisted that she be paid money for the eight hours she watched this woman’s kids and then the mom calls her “stuck up” for demanding payment and asked if she’d compromise at $20.

When the sitter rightfully refused, the mom flat out told her she wasn’t paying $128 for a single day because “They’re easy kids.”

The sitter came down to $100 and the mom told the sitter absolutely not, called her a “stuck up c—” (yeah, it’s the word you think it is) and blocked her.

So the sitter reportedly texted the woman’s husband, who said he’d talk to his wife about it. The sitter texted him several times after that initial response, though the husband had read each message.

Only after the sitter took the advice of Reddit users and threatened small claims court did the woman unblock the sitter and pay up.

Which makes us wonder how many top-notch sitters this conniving thief swindled out of their hard-earned money – and what she’s teaching her innocent kids.

The babysitter’s bills can’t be paid in joy or ice cream. She deserves to be compensated for her hard work. In fact, everyone deserves compensation for their work. Period.

I don’t know where this whole idea that some people don’t deserve to be paid because their job is perceived as being “easy” came from, but it needs to crawl back into the revolting little hole it slithered out of and stay there.

Do you think the babysitter deserved to be paid or was mom right in thinking the fun the sitter had with the kids was compensation enough? Let us know in the comments.