A Michigan mom got fed up with her 14-year-old oversleeping and being late for school. So she went for the parenting win – and got the heat involved. 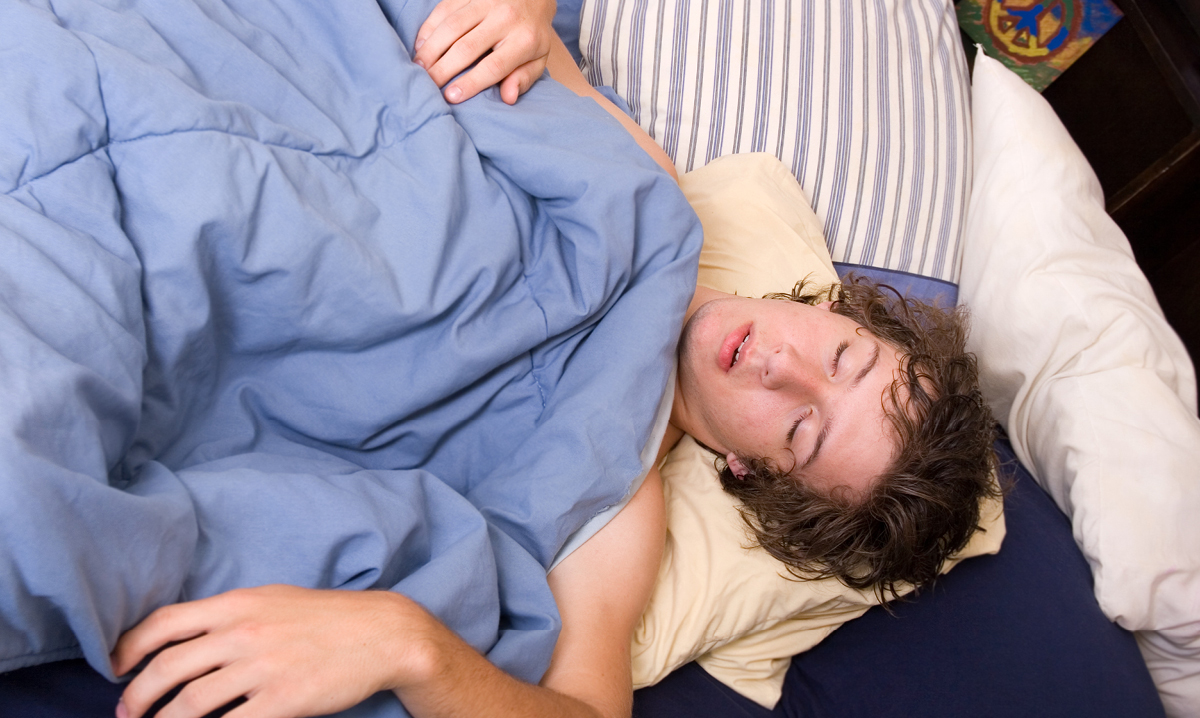 I do not have a teenage son. I have, however, had a younger teenage brother. Which is basically the same thing.

Man, could that kid crash. He probably would’ve slept through a full-blast alarm, EF5 tornado, horde of howler monkeys, blaring air-raid sirens and a hailstorm – I mean, like, all those things at once. And pity the big sister whose bedroom was right next door.

Every morning was the same routine. His alarm radio blasted something loud and ’70s, like Skynyrd or CCR. My mom hollered a stern wakeup call up the stairs. He’d mutter back, “Yup, Ma, I’m up.” Whack snooze. Repeat. At least four or five times. With increasing volume each round.

By that point, I was usually shouting, too. One time I barged in and physically strong-armed him off his little twin, bedding and all. He snuggled up on the floor – a small, content smile (or more like a smirk) on his placid face.

But not once did I consider calling the cops. I’m kicking myself a bit now, though, because a Michigan mom did just that. And whereas I likely would’ve gotten grounded, this lady played her hand gloriously – and deftly defends her now-viral move.

Crystal Towns of Grand Blanc hit a wall, too. Her 14-year-old son, Zachary, overslept and missed the bus one time too many, reports area TV station News 7 KWWL. Mom, meanwhile, “is busy with three jobs and getting her other kids ready in the morning,” so it’s extra important Zach gets his butt in gear on time.

So, recently, when Zachary was late yet again and tried pinning it on his little sister, BuzzFeed News reports, mom declared, “You’re going to learn a lesson today” – and called up the school resource officer. Shortly thereafter, the heat arrived at the Towns family’s house and personally escorted the boy to class in an official police vehicle.

In fairness, Zachary had his share of chances. “I don’t think I should have pushed my mom’s limits,” he admits to KWWL, “because that’s the 100th time I’ve done it this year.”

For her part, Towns says she was using a school “resource” available to parents. “I would do it all over again and feel good about it,” she tells KWWL.

The internet was both delighted and, in some cases, appalled, with some calling it a “waste of resources” and grousing about the state of parenting these days.

It’s worth remembering, though, that Michigan law says kids ages 6-16 must attend school – or parents/guardians can be held liable. And, while school resource officers fill various educational and safety roles, surely one of those roles is making sure the law is upheld.

In Grand Blanc, the police chief was on Towns’ side, telling BuzzFeed, “It’s our belief that kids who regularly attend school will have a better chance of staying out of trouble and staying on a path for future success.”

Not to mention build good habits for later in life – like being on time for work.

Don’t get me wrong: I’m also a believer that later school start times are worth rolling out for tweens and teens.

Puberty totally jacks with hormones, and adolescents legit need more sleep in the morning. Bumping the school bell back a good hour is already paying off in Seattle, where middle and high schoolers are reportedly having fewer absences – and getting better grades.

That said, so long as Michigan parents are contending with start times in the 7 o’clock hour or earlier, I say do what you gotta.

In my mom’s case, it was ensuring my brother’s was set alarm an hour early (hence all those snooze smacks) and a brand of dogged vigilance I won’t soon forget.

For Towns, it was tapping into a resource she helps foot as a taxpayer. And hopefully, for Zachary, it’s a good one-time lesson that’ll give him that extra wakeup boost in morning going forward.

What do you think about this Michigan mom who called the cops when her son wouldn’t wake up for school? Excellent idea or excessive move? Let us know in the comments.