What do you get when you combine an artist with motherhood? Hilarious comic strips that accurately depict the insanity that is parenting and remind us that no parent is perfect. 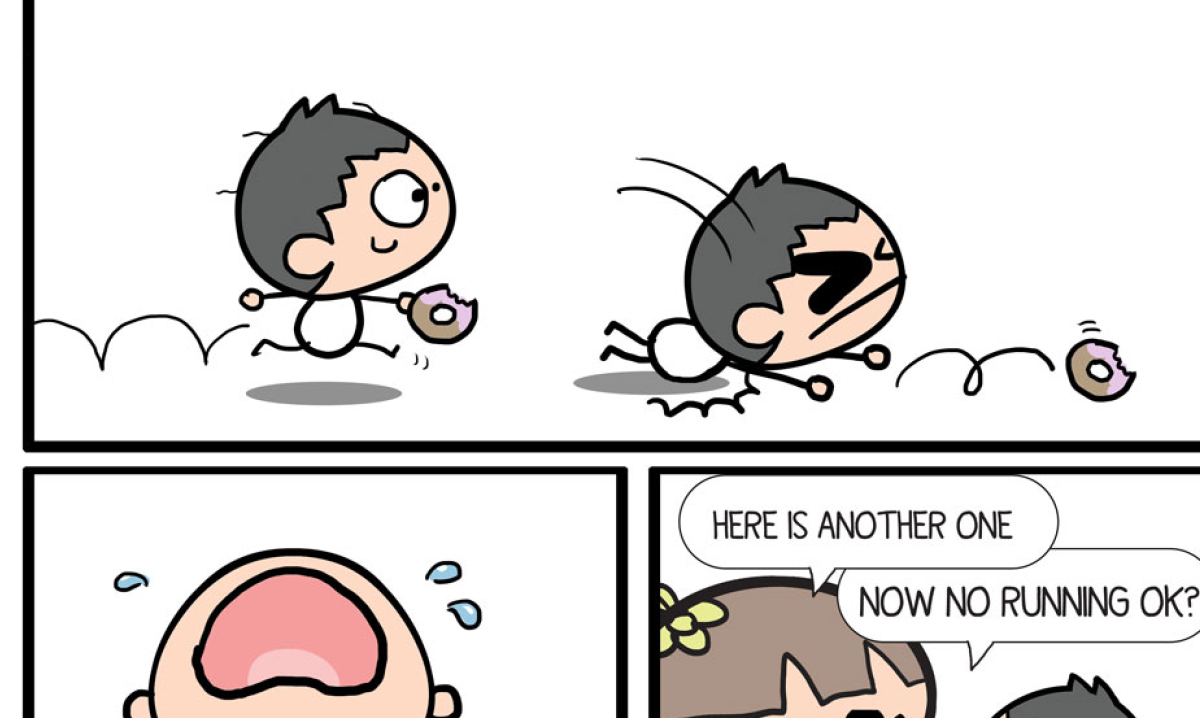 We’ve all been there: Trying to have a pee at the mall with your kid when he unlocks the stall door because he’s decided he’s done – only you’re not and he’s just treated the whole bathroom to a show.

Kids do the darndest things, and you’ve probably witnessed at least one or two of their shenanigans. And yet no one can really accurately grab the reality of it all … until now, that is.

Somehow, Brenda Li, an artist and mom to one “three-year-old troublemaker” has been able to capture all of the frustrating, eye-rolling parenting moments that moms and dads everywhere know all too well through her comic strips, “Summer & Muu.”

Parents will chortle heartily at the simple illustrated strips of mom asking for a kiss and then getting head-butted in the face, junior insisting that he didn’t poop when there’s a bright yellow mess coming out of his diaper and, of course, junior crying while mom is trying to use the toilet, among others.

“(…) My comics are (an) honest depiction of real-life parenting,” Li told the Huffington Post. “I want parents to be able to laugh out loud after a long, stressful day knowing that they are not the only one with a screaming kid with pants down.”

And laughing they are, according to Li, who explained that plenty of parents are using her comics, and the book they inspired, to bond with their kids because they relate – and kids love her drawings about poop.

But that’s not why we here at Metro Parent are loving “Parenting: You Will Never Pee Alone Again.” We love her book because it’s parenting in the raw … and we really don’t see enough of that these days.

In the age of Instagram and Facebook, it can be especially hard for parents to realize that all of the craziness that comes along with parenting is real. You will get barfed on, you will find yourself stepping on Legos and all you will get screamed at for not letting your kid stick his finger up your nose, but you don’t always see that side on social media.

Instead, you see snapshots of parents who seemingly have all of their stuff together, despite the fact that two seconds after they snap the pic, their kid is running around the house totally nude.

This can make parents feel bad about themselves or alone in their struggle to be the best parents they can be – and we think that Li’s comics alleviate that a little bit.

Sure, they’re cute and relatable but they’re also a reminder that every parent will ride the struggle bus every now and then but that’s OK because parenting is tough and you’re still a rock star – even if junior just smeared his poop on your wall.

How do you feel about Li’s comics and do you have a funny parenting stories you’d like to share? Let us know in the comments.

Lori Orlinsky -
Plus some tips on how to get your kids excited about the task.
Read more
Macomb County Education