Mom Kicked Out of Locker Room While Breastfeeding 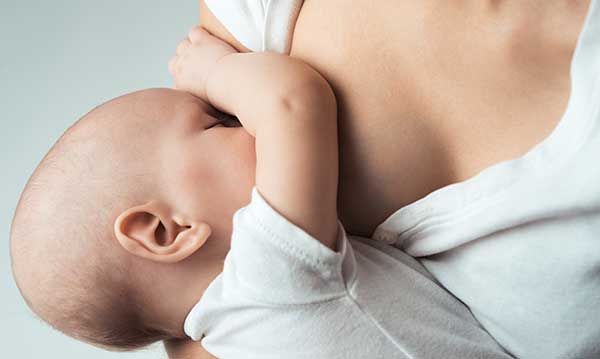 Over on the west side of our fair state in Grand Rapids, a mom was recently kicked out of the local YMCA’s women’s locker room while she was breastfeeding her baby.

“She wanted me to leave. I thought it was a joke,” mom Emily Walcott told Fox 17 of the staff member at the YMCA of Greater Grand Rapids.

Walcott, who was feeding her daughter after picking her up from the nursery, did as she was told, but told Fox 17 she then started questioning the staff member.

“She said (the baby) wasn’t allowed to be fed in there because she was under 18 and she could look at other women in there that were naked,” Walcott told the station. (What?!)

Walcott also added, “She never even acknowledged the breastfeeding, she just said, ‘What you’re doing is wrong.’ She asked me to go into the little girls’ locker room, which I thought was even more odd. She was extremely rude, and I almost felt wrong for feeding (the baby). I felt uncomfortable, and she started to walk away and asked me to leave the locker room.”

Come on, people! Can we just get comfortable with breastfeeding already? There are documented benefits to breastfeeding, and even the Michigan “Breastfeeding Antidiscrimination Act” consisting of two public acts that protect the rights of moms who are nursing. It’s time for us to be OK with seeing a mom breastfeeding. Period.

Let’s look at this from another perspective. If it wasn’t about the breastfeeding, since Walcott told Fox 17 that the staff member “never even acknowledged the breastfeeding, she just said, ‘What you’re doing is wrong,'” and it turns out this truly was about a baby of 3 months being in an adult locker room, I also find that incredibly odd. Does any woman actually feel embarrassed to be changing in front of a 3-month-old who very likely doesn’t even know what they’re seeing? So much so, that the staff member felt they need to kick this mom and her child out of the women’s locker room?

If the locker room was only for ages 18-plus, it’s possible the staffer was just being a stickler for the rules. Yet, it sounds like the YMCA doesn’t support the way the employee handled the situation. In a statement, Kim Ritz, brand strategy and marketing directory for YMCA of Great Grand Rapids, responded, putting an emphasis on the breastfeeding:

“As an association that promotes health and well-being, the YMCA of Greater Grand Rapids supports the decision of mothers to breast feed their child in locations in our facilities in which they feel comfortable,” said Ritz. “We continue to educate our staff members about this commitment. We are working to address this report as it is not reflective of YMCA values.”

What are your thoughts on the matter? Do you agree with our opinion? Do you think the YMCA was justified in kicking mom and baby out of the locker room while she was breastfeeding?