No charges will be filed against the mother, who reportedly felt she was being attacked in the road rage incident. 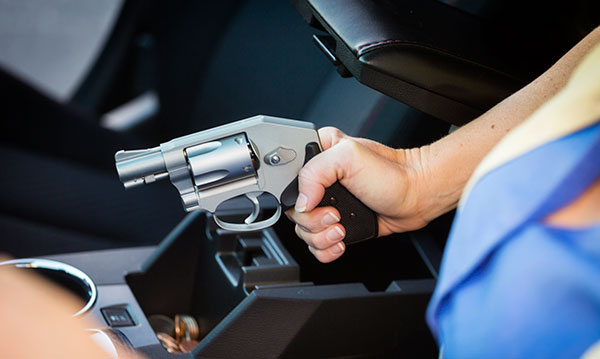 Think your school drop-off situation is rough? Be glad you’re not dealing with parents like one mother in Texas who recently pulled a gun on another mom during a drop-off road rage confrontation.

The unbelievable incident happened outside a Houston area elementary school one morning during drop-off while kids were still in both vehicles, the Houston Chronicle reports.

While reports don’t say exactly what started the argument, one of the two mothers apparently got out of her vehicle and ran up to the window of the other car. The woman in that car then pointed a gun at the mother but did not fire it, the newspaper reports.

Charges won’t be filed against the mother, according to the article, as the Harris County district attorney’s office said the woman who pulled the gun feared for her life and believed she was being attacked.

The principal at the elementary school sent a letter home to parents asking them to reconsider how they deal with frustrations.

“At one time or another, we’ve all experienced frustration while driving,” principal Lisa McLaughlin said, in part, in the letter. “But, as our students know all too well, it’s never a good idea to react when emotions are high … My hope is that we can all look at what happened this morning and reconsider how we deal with disagreements and anger in our lives. Conflicts such as the one that took place this morning have no place at our school.”

In a response to a story about the incident on CafeMom’s The Stir, one commenter “R” wrote that she understands the feeling.

“The other drivers dropping off kids are always idiots and park illegally and drive through the bus area illegally and think everything’s about them,” the commenter writes. “But keep the gun pulling to fantasy. Those idiots aren’t worth prison.”

This reader may be missing the point, though. Not worth prison? How about not worth killing someone? This could have instantly turned into a tragedy – not to mention the harm done by the example this gave the kids and the fear all the other kids likely felt when they heard about the shameful incident. The women on both sides of the road rage incident put everyone at risk by escalating what we assume was a moment of minor frustration.

Another commenter on The Stir, Carmen8706, seems to grasp the bigger issue.

“The woman who pulled the gun should have been arrested, and CPS needs to get involved,” she writes. “There is no call for this kind of behavior, and the situation could have easily become lethal.”

What do you think of the incident? Tell us in comments.

Brought to you by Humane Society of Huron Valley.
Read more
At Home