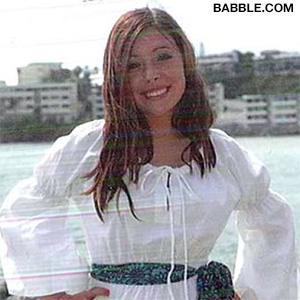 Teens act out in all sorts of ways to gain attention from family and peers, but an 18-year-old from Monroe County may have taken that need for attention a bit too far – and could face charges as a result.

Hayley Marie Turner of Bedford Township told her parents she was going up to a local Family Video, according to The Detroit News, but things apparently got hectic on the way home. Turner was talking to a friend on the phone when she reportedly stopped to assist a man in need. Turner told her friend the man had a gun – and shortly after, Turner's phone died.

"That phone call led to police helicopters combing the area. The FBI got involved and agencies from all across southeast Michigan pitched in to help," ClickOnDetroit.com reports.

Sixteen hours later, the teen was found in Ecorse, some 50 miles away, The Detroit News notes; a motorist reportedly saw her "jump from a moving vehicle." Looking further into the incident, however, investigators realized the reported abduction was all a hoax. In a press conference on Monday, the News notes, Turner even went so far as to cut herself to make the abduction seem more "authentic."

Plenty of time and resources were needlessly spent – "We are a cash-strapped city," says Michael Moore, the frustrated police chief of Ecorse, which helmed the investigation, in the News report. It's leaving a lot of people questioning why this young woman would do such a thing.

There's no word from the family or teen yet (she's reportedly back home with her parents). But Turner could face felony charges in both Wayne and Monroe counties, since the incident spanned both regions.

We're not sure what the deal is here, but we agree with comment anyusername on ClickOnDetroit.com: "I hope she has to pay a large fine to the PD for the time they wasted on this case."

A national expert offers tips on how help your kids disconnect from screens.
Read more
At Home