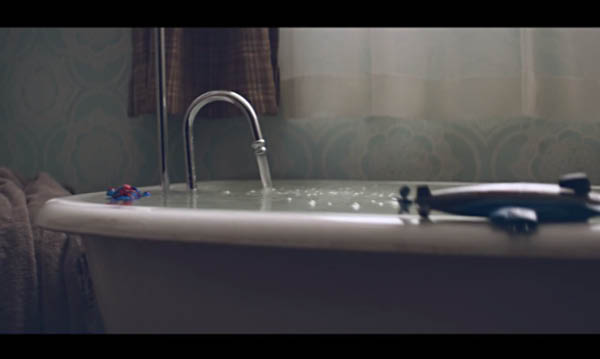 During the Super Bowl this past Sunday, a commercial stole the spotlight and deflated us all. In case you missed it, click here to watch Nationwide Insurance’s commercial from the big game. The company is now facing scrutiny after blindsiding everyone with a dark and depressing ad that completely killed the buzz.

The ad features a young boy who is talking to viewers about how he will never learn to fly or ride a bike – and that he won’t ever get cooties or see his wedding day. Then, he drops a huge bombshell saying that he can’t do these things because he’s dead.

Talk about a real downer.

The purpose of the commercial, as Nationwide released in a statement, was to raise awareness about the fact that the leading causes of childhood deaths in America are preventable injuries and “to start a conversation, not sell insurance.” And, of course, the company encourages families to visit MakeSafeHappen.com, which is a new site to educate parents and caregivers about making their home safer.

Well, they’ve certainly got people talking, but maybe not how they expected.

Since the commercial aired, parents and football lovers are reaming the company for choosing to air such a depressing commercial amidst a commercial about a puppy being saved by horses (thank you, Budweiser).

“That commercial has a place, just not in the Super Bowl, where humor and feel-good stories tend to reign supreme,” Chuck Yanus comments on an article by USA Today.

Of course, some might argue that the No. 1 watched sporting event would be the perfect place to air the ad, and that it’s a win if it made even one parent childproof their home.

“No one is running out to buy insurance because of a commercial. However, if they check for poisons under the sink, and other hazards that could kill a child after seeing that commercial, then the benefits outweigh someone being uncomfortable,” commenter JerryBelle says in a comment in Sports Illustrated.

Yes, the commercial may have been a bit crude to those watching the game and incredibly upsetting to parents who may have lost a kid, but the fact of the matter is that the Centers for Disease Control and Prevention found that preventable household accidents kill more than 9,000 kids ages 0-19 and hospitalizes more than 225,000 each year, and like it or not this commercial brought that to light.

So, what say you Metro Parent readers? Did Nationwide Insurance start a conversation to “Make Safe Happen” – or did they simply overstep their boundaries?

Try these things to do with your kids in Macomb county while they’re out of school for mid-winter break.
Read more
Advice