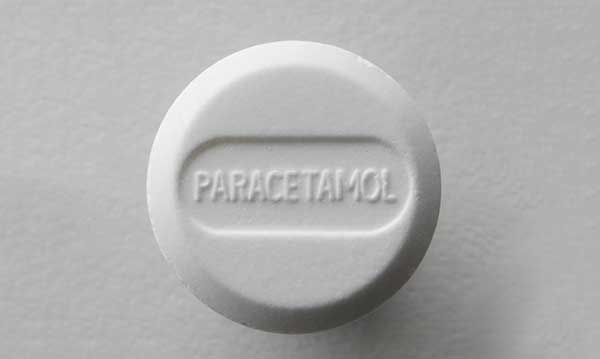 Teens are crazy. If their not screaming that they hate you in a fit of hormonal rage, they’re coming up with some new challenge that involves sucking on a shot glass to leave their lips all bruised and swollen in the hopes of getting Kylie Jenner’s lips with 15 minutes of online fame.

Luckily, most of these challenges are harmless and usually end up with embarrassing videos that leave the more mature populations scratching their heads, wondering what the hell these kids are thinking.

One alleged challenge, however, seems to be a bit more sinister, even more so than one that summons a Mexican demon named Charlie to your home.

It’s called the paracetamol challenge, and it doesn’t raise awareness for some sort of ailment like last year’s “Ice Bucket Challenge.” In fact, it doesn’t do anything at all, except maybe kill you.

In what Vice.com claims to be the “latest youth culture craze,” kids are daring one another to swallow lethal dosages of paracetamol (also known as acetaminophen). If you win, you live and if you die, well then you lose.

According to Snopes.com, the origins of this “challenge” date back to May 21, 2015, when Scottish news outlet, The Scotsman, published an article about the risks of this challenge and taking too many painkillers. Another article, published by British tabloid, The Mirror, on May 26, 2015, once again highlighted the danger of this challenge when they interviewed a mother about her child’s death from taking too much of the drug back in 2011.

Luckily for parents, however, the sleuths at Snopes have debunked this challenge, citing that many tweets and online chatter from teens are not dares to do the challenge, but rather encouragement to not. Vice.com supports these claims and adds that there is “no real evidence” that suggests that anyone ever died from taking painkillers after being challenged to do so.

So, even though there may be teens dying from a drug overdose, it’s not because of some silly challenge.

Though we are glad that most teens these days aren’t trying to kill themselves for a dare, the idea of this challenge made us wonder where the days of sneaking out the bedroom window to go swimming in a stranger’s pool or loitering in a park at 2 a.m. went. Sure, the fun back then was dangerous, but it wasn’t deadly.

Teens these days are faced with all kinds of decisions and challenges where the line between good decision and bad decision may be fuzzy. Though they may be willing to risk temporary duck lips to look like Kylie Jenner, at least, for the most part, they aren’t risking death for fun, and for that, we have to commend them.

What do you think, Metro Parent readers? Do teens these days have to make tougher decisions than past teens – and are you worried about the paracetamol challenge?