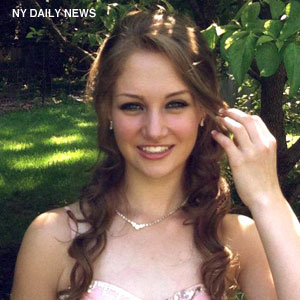 In the not-so-distant past, 18 was a magic age where you became an “adult,” graduated, moved out and got a job – right away, or quick on the heels of college. Today, extended adolescence is more the norm (thanks, recession), with no one lifting an eyebrow when late-20-somethings still bunk with mom and dad.

But one 18-year-old is bucking both models. She wants the courts to make her parents pay her a hefty allowance. And she’s definitely not living at home.

Earlier this week, news broke that Rachel Canning – a New Jersey honor student, cheerleader and lacrosse player – was suing her parents, Sean and Elizabeth Canning, to fork up $5,300 in outstanding tuition to the private Catholic school she attends and money in her “existing college fund” – plus a roughly $600-per-week stipend and close to $12,600 in legal fees, according to the local Daily Record in Parsippany, N.J.

At heart is a tangled “they said/she said” battle. The teen claims her ‘rents threw her out and, the Record reports, were “abusive and neglectful.” Strongly refuting that, the parents paint a rebellious daughter who drank, blew curfew, skipped class, was “foul-mouthed and disrespectful” and flouted her parents’ rule she “break up with a boyfriend they believe is a bad influence,” the Record notes.

Complicating matters even more? Rachel’s case is getting funded by the attorney dad of her best friend – who the estranged teen has been living with since last fall – who says he just wants the teen to “have a great future,” CBS New York reports. (She’s got sights set on a biomed degree and has been accepted to at least four colleges “with a $20,000 scholarship,” Buzzfeed noted – and is apparently working at TGI Fridays.)

Rachel’s own father, Sean, a retired police chief, the Record says, has been pretty vocal himself.

“We love our child and miss her. This is terrible. It’s killing me and my wife,” he told the Record. “We’re not Draconian and now we’re getting hauled into court. She’s demanding that we pay her bills, but she doesn’t want to live at home and she’s saying, ‘I don’t want to live under your rules.'”

Rachel has been more mum to the press, which has relied on her court document accusations.

Hundreds of remarks flooded articles like the Buzzfeed piece. Here, a fair number fired off “spoiled brat” and “entitled Millennial” comments – with others irked at the besties’ parents, and others still miffed by Buzzfeed’s photo-heavy coverage. (A more-or-less by-the-book trial by Facebook feedback.)

But at least one official verdict is in – in part, anyway. Late yesterday, Superior Court Judge Peter Bogaard denied the weekly “child support” and high-school tuition demands, the Record reported, punting the college fund question to an April 22 hearing. Watching Bogaard in the live court footage, he’s markedly sensitive to both sides.

“This has been an up-and-down relationship in an obviously strained mother-daughter dynamic, in particular,” he says, calling the case “very, very sad and troubling,” stressing his hopes for salvaging the family relationship and even suggesting counseling. “No one should ever give up on a child, even when they become a young adult.”

It makes you feel for the obviously hurting Cannings. And maybe even cause you to fret, as Bogaard did, “What will the next step be? Are we going to open the gates to a 12-year-old suing for an Xbox?”