Dad was playing in the snow with his kids when he put his toddler down in a drift that swallowed the tot whole. Dad got him out immediately, but still – what a dad fail. 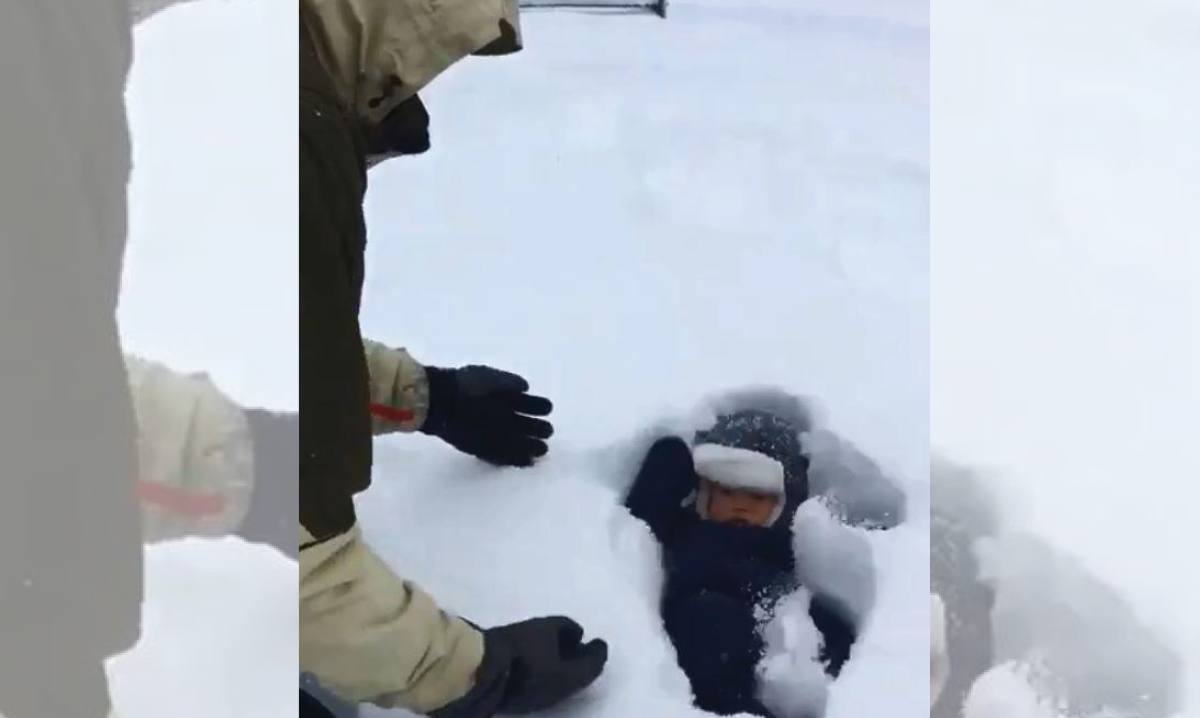 I’ll always remember my winters as a kid. I grew up in southeast Michigan, right off of Lake Erie and when we got hit with snow, we got hit.

In particular, I remember one winter when I was about 4 or 5, shortly after we had adopted our first puppy – a German Shepherd named Angel.

It had snowed for about three days, and the snowdrifts left behind from the storm easily covered our porch, which stood about three or four feet off the ground.

Angel was so excited to see the snow that she leaped from the porch and plopped to the bottom of the drift. Naturally, I followed suit and also ended up buried in the snow.

The snow wasn’t super heavy, so I was able to pull both of us out. I walked away with a lesson that day: Always check the snow before you take a flying leap into it.

And I think that Adam Frisbee of Jamestown, New York, might have learned the same lesson after losing his son in the snow.

See, Jamestown got its first dose of lake effect snow earlier this year, and Frisbee decided that the snow day was the perfect chance for him to introduce his toddler, Graeme, to the fluffy white stuff.

So he bundles the boy up in a head-to-toe snowsuit and brings him outside.

At first, Frisbee cradles the boy and shows him the falling snow. Graeme looks unsure of what’s going on but is otherwise unfazed, so dad playfully tosses the boy onto the snow.

But instead of coming to rest on top of the snow pile, the baby is totally swallowed by the light and unpacked snow – whoops.

Dad rushes to get his son out, and he does in a couple of seconds.

A few weeks later, Frisbee decided to post a video of the “lake effect baptism” to Twitter, where he received everything from lighthearted comments to CPS threats.

But all we’re seeing here is a dad that underestimated the amount of snow and how much weight it could actually hold.

No harm, no foul.

What do you think of this story? Was it a harmless and hilarious accident or a nefarious moment that requires police involvement? Tell us your thoughts in the comments.

Here are tips from the nation’s leading scholars on race, democracy and inequality.
Read more
Attractions