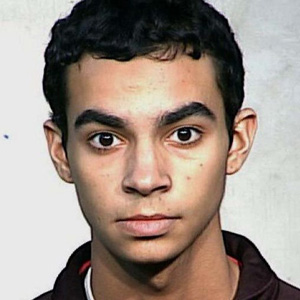 Today's Oh Mother is a classic case of, "Was he really stupid enough to do that?!" Spoiler alert: Yes.

Our subject is Paul Marquez. This 22-year-old New Yorker had gone on a few dates with one Katie Devalle, age 19, according to the New York Daily News. Well, it seems his new girlfriend was a bit too focused on her new baby. So Marquez took matters into his own hands and did what any frustrated dude would do: He tried to sell Devalle's 2-month-old daughter on Craigslist.

Yep – right alongside the BabyBjorn bouncers and piles of pumps and strollers in the Baby+Kid section, under the title "Baby for Sale."

Marquez, reportedly a former stocker at a local Victoria's Secret, was arrested after the attempted sale, the Daily News reported. Marquez set the price at $100, it noted. His listing apparently included the poor girlfriend's name, a photo of the child, his phone number and, according to The Daily Caller, this pitch:

"Heyy I have a 2 month old baby … She loves to play nd have her little fun but there is only 1 problem, the doctor said that she has asthma nd if she turns a certain way she can stop breathing, she's really getting on my nerves nd I don't want her Please email me."

The classified ad wound up getting posted twice – and, the Caller reports, Marquez even sent out the mom's number to a person who was interested in buying the tyke.

According to Yahoo, the girlfriend alerted police when she received a phone call from that potential baby buyer.

What'd this charming man have to say for himself? "I got bored and wanted to get a little laugh and a little kick out of it, but nothing serious," according to the Daily News.

The kicker: Marquez is actually a father himself – to a 2-year-old girl from a previous relationship, both sources reported.

Dad now faces three misdemeanors, Daily News added, including aggravated harassment and endangering a child. At last report, Marquez was in jail on a $1,000 bail and could be locked up for a year if convicted.