No Cake Allowed: Mom Gets Shamed for Sending a School Lunch Treat 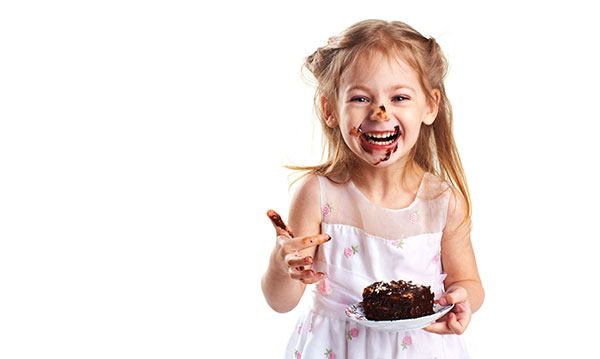 That’s our take when it comes to the latest case of snack-shaming in schools. A 3-year-old apparently had a slice of chocolate cake in her lunch that didn’t go over so well when school staff noticed it, ScaryMommy reports.

This situation happened in Australia and has lots of people talking. The student got a note sent home with her, featuring a huge “sad” face, with the following message: “Your child has chocolate slice from the Red Food category today. Please choose healthier options for Kindy,” according to ScaryMommy.

The incident went viral thanks to a friend of the mom who posted the note on social media. “My friend (mother of 8 healthy children, what follows relating to no. 7) received this today from her 3 year old’s kindy. I told her to put in two slices tomorrow and tell them to get lost,” the friend posted.

For the record, “kindy” is short for kindergarten in Australia but since the child is only 3, it might also refer to nursery school. Whatever the case, plenty of people felt the school was out of line.

“Good gracious! We have no right to tell people what to feed their children,” Jacque Lockyer wrote in response to the post – one of more than 1,000 reactions. “And let’s face it I make healthy slice made with avocado and cocao … no this is wrong in so many levels.”

An article at HelloGiggles.com about the incident explains that the “Red Food Category” is part of Australia’s school nutrition guidelines that spell out which foods kids should eat or shouldn’t eat. But is sending a note home with every child who brings something “wrong” really necessary? If schools must enforce it, then they should provide the healthier options for all students.

Besides, it’s just cake – not something allergenic that could harm other students. And since when is the occasional treat such a problem?

But most importantly, even if the cake was such a big deal (we don’t think it is), it certainly wasn’t the student’s fault. The child is only 3 years old. A call or email to the parent would be better than making the little one come home with a note. No doubt she noticed the glaring sad face plastered on it and wondered what she did wrong.

We’ve posted about similar situations in the past. A mom in Colorado got in trouble for sending Oreos in her daughter’s lunch back in 2015, and last fall a child was denied a snack of banana bread at school because it had chocolate chips in it.

It’s hard to blame anyone for attempting to encourage healthier choices in kids’ lunches and snacks, but situations like this – if they even require a response at all – could be dealt with via a polite school-wide email or newsletter mention about healthy snacks. Singling kids out isn’t fair.

What do you think about this? Would you be upset if your child got sent home with a note about an unhealthy snack? Tell us in the comments.