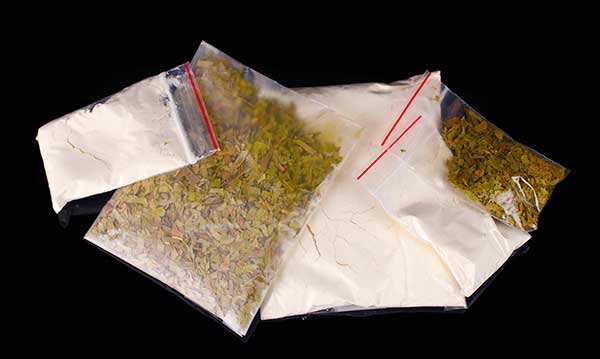 For today’s dose of bad parenting stories, we had to highlight this duo from Largo, Florida.

While the majority of parents (we hope) are having serious talks with their teens to avoid drugs, these parents were allegedly the ones supplying their teen daughters with marijuana and cocaine, cops told the Associated Press.

As if that isn’t pure insanity on its own, then comes the explanation as to why. According to the AP’s report, featured on The Huffington Post, Chad and Joey Mudd apparently gave their daughters, ages 13 and 14, these drugs as an incentive – a “bargaining tool,” as Pinellas County Sheriff’s detectives put it – for attending school and doing their chores around the house.

I’m just going to point out the obvious here. This is saying, we want you to be productive members of the household – and make sure you take your education seriously. As a reward, we’ll hand you tools to flush that life down the drain. Seriously stupid.

The AP story notes that according to an affidavit, mom had smoked weed with the daughters a handful of times and dad snorted cocaine with the girls and one of their boyfriends. It sounds like mom and dad were released on bail, and the two were charged on several counts of child abuse – plus dad was charged for one count of possession of cocaine, the AP reports.

Sadly, none of this erases the fact that these very young, impressionable kids grew up with these two setting the examples and encouraging drug usage. I have to wonder what will happen to these girls. I truly hope they see the trouble their parents are in and choose their own, different paths. Reading this story, I have to hope they don’t have drug problems already, and that if they do, they get the help they need.

Did you find this unbelievable? Comment below with your thoughts!