Proving once again that people will do just about anything to get the perfect social media-ready image – in this case, damaging a very old coffin in the process. 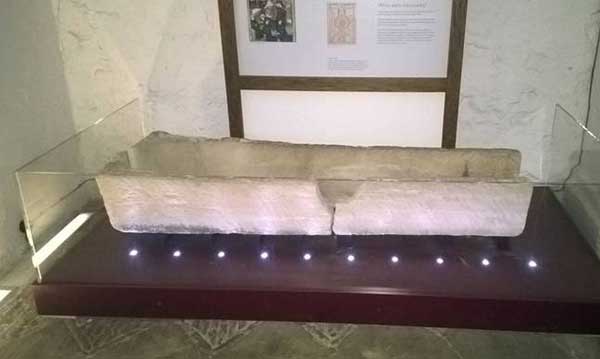 Visiting a museum with your kids should be both fun and enriching.

While exploring, families should feel comfortable, but not so comfortable that they end up breaking something old and valuable in the process – like one family recently did at a museum outside of London.

And they did it all for the perfect photo.

The New York Times reported the incident, which took place at the Prittlewell Priory. A family decided they wanted a photo of their child inside of an 800-year-old sandstone coffin. Upon placing their kid inside of it, a small piece of the coffin broke off.

Instead of reporting the incident, the family booked it to the exit. Cameras were recording in the museum at the time, The New York Times notes, but were not able to clearly capture the incident.

This isn’t the first time museum artifacts have been damaged during the quest to snap an Insta-prime image. In fact, The New York Times reports, “In February, at the exhibition Infinity Mirrors at the Hirshhorn Museum and Sculpture Garden in Washington, a visitor trying to take a selfie fell into a patch of glass pumpkin sculptures and broke one of them.”

Talk about a #selfiefail. And it’s just another example of how crazed we’ve become for that perfect photo.

As a result of this need for social media gold, we’ve lost all respect for things and people around us. Think about all the places you’ve seen someone snap a selfie recently – or even take a family photo. I’ve seen people post pics in hospitals, at funerals, in store dressing rooms and, of course, at places like the Detroit Institute of Arts.

I understand wanting to chronicle special moments – although I’ll never understand wanting photo evidence of time spent in the hospital or taking a selfie at a relative’s funeral – but I think we’ve lost the ability to just be in the moment.

I’m guilty of this. I won’t even act like I’m not. But I do think we’re setting a terrible example as parents by not having some boundaries.

We’re telling kids it’s OK to ignore “do not touch” signs and showing them it’s OK to ruin something and walk away instead of owning our mistake and dealing with the consequences.

So, next time you’re in the museum, don’t be these parents. Get the most out of your museum visit but be respectful of the artifacts.

This museum incident does have a somewhat happy ending. It appears the artifact can be fixed with a special adhesive that costs around $130. It will likely be enclosed from here on out – but at least museumgoers will still be able to view it.

What do you think of this photo fail? Tell us in comments.