One Detroit area bus driver is facing the wrath of local parents after leaving kids in an unlocked and running bus while ordering some breadsticks. 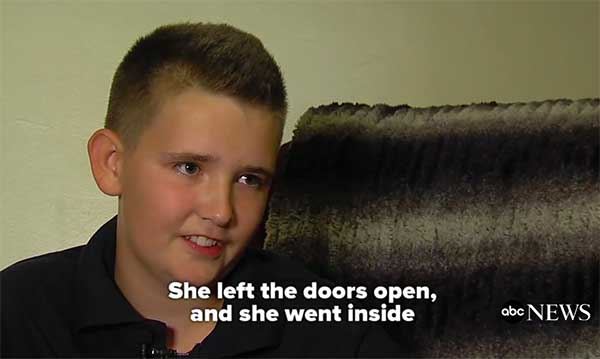 It probably falls fourth in line of my favorite things, right behind roller derby, roller coasters and writing, so I’ll totally admit to making a random pit stop at an awesome eatery when the aroma of veggie burger or pineapple pizza permeated my desire to “eat all the foods.”

But I don’t drive a school bus for a living.

If you’re responsible for lugging 30 or so kids around, it’s probably best if you don’t stop every time you have a hankering for cake balls or loaded potato skins, but that didn’t stop one local bus driver from stopping at a Little Caesars to get an order of breadsticks.

What’s worse is she actually left the door open and the engine running while she ran in to get her cardboard breadsticks. (Full disclosure: I’m not a fan of Little Caesars’ pizza or breadsticks).

Bethann Rey’s kids were two of the children on the bus when the Sept. 7 incident happened in Ferndale. They went to their mom, who, needless to say, got angry and went to the Hazel Park Police – who told her there was nothing they could do.

“The police officer said, ‘It’s not really a police matter,'” Rey told WXYZ. “And I said, ‘So you mean to tell me that I can leave my car running with my children in it, get out and go into the store, and I’m not going to get in trouble?’ He said, ‘Well, no, not really. I don’t see why not? Depends on the age of the child.'”

And, as far as Rey knows, the bus driver, who has still not been identified, is still active and driving the kids around.

Now, I’m not the kind of person that would call for someone to be fired for a lack in judgment but this is a serious lack of common sense.

I mean really, the Hamburglar could have come along at any moment and snatched the bus, along with the kids in the bus, never to be seen again. Or a daring kid could have taken his classmates on a joy ride to the Canadian border – or worse.

The bus driver got seriously lucky that nothing happened to these kids and she’s even luckier that she still has a job. So hopefully she’s learned her lesson.

And seriously, from one foodie to another, why not wait until your break and then hit up a mom-and-pop shop? The food is better and you won’t cheese off parents that way.

What do you think about this driver’s makeshift lunch break? What would you do if it was your kid’s driver? Let us know in the comments.