Parents Take Children's Problems into Their Own Hands 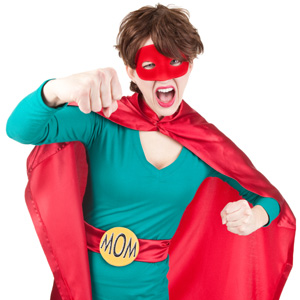 This week, we've got two stories of moms who took matters into their own hands when it came to their kids' predicaments – specifically, an attempted kidnapping and case of schoolyard bullying. And you may not believe how far they went to defend their children.

Was it too far, in your opinion? Read about these two moms – and a few examples of dads who got growly to protect their "cubs," too – and judge for yourself.

Chasing down a kidnapper

On May 17, a New Mexico mother took it upon herself to seek justice for her 4-year-old daughter, who was abducted just outside her home.

A group of teens saw the incident and ran immediately to tell mom Melissa Torrez what happened.

Granted, some – including commenters on an article on The Stir – think this mom should have kept a closer eye on her very young child in the first place and not let her play outside alone. But any mistake Torrez made was shoved aside the moment she got in her car and set out in hot pursuit of the alleged kidnapper.

Unfortunately, the 7-mile chase was unnecessary – due to the fact that the creep pushed the little girl from the car long before mom caught up and crashed into his car, causing him to stop. The child was found unharmed less than a mile from their home.

In this interview on NBC Latino, Torrez, aka "super mom," proudly explains she has no regrets about the action she took to save her daughter.

And around the web, support poured in – much of it crediting Torrez's Latina heritage for why she reacted the way she did.

"I would have done the same," Lisa A. Beckley commented on the video. "I don't get it when people just let the law handle their missing child case. I would have killed the person trying to take my child! It's the Latin blood in us. :)"

Now to the opposite end of the spectrum: a mom who showed her daughter how to behave badly.

A Philadelphia mother is accused of assault after allegedly beating and pulling an elementary school student's hair. But Attifa Brown denies ever laying hands on the 11-year-old girl whom Brown's daughter says is a bully.

According to police, the abuse was captured on video, but Brown swears she didn't beat up on the bully, the NBC Philadelphia report notes.

"I thought I taught her to actually defend herself and take care of herself," Brown said in a statement regarding the lesson her daughter learned from all of this.

Who is to blame for this incident that occurred during drop-off in the school auditorium?

David Gibbs Jr., a commenter on the NBC Philadelphia news article, believes the school should be held accountable for what happens on its property.

"Moral of the story," he writes: "If schools would do their jobs, we would not be hearing about these types of situations in the first place!"

Dads in on it, too

Whether or not you agree with Gibbs, one thing's clear: These incidents aren't isolated. And it's not just moms going to extremes for their kids, apparently.

With other cases like this emerging recently, it starts to make you wonder what in the world some parents are thinking. Take, for instance, the Florida father who spit in his son's bully's face and slapped him – or the Colorado dad who pepper-sprayed his son's assailants.

Take a cue from these well-intended – but ultimately overzealous (and perhaps a tad idiotic) – parents and teach your children to handle their own problems. What's the correct route to take to end bullying? Self-defense classes for the kiddo? Maybe. Or perhaps simply telling a teacher would suffice.

Regardless, here's an idea: Teach your child problem-solving skills and relax a little. No pepper spray necessary.