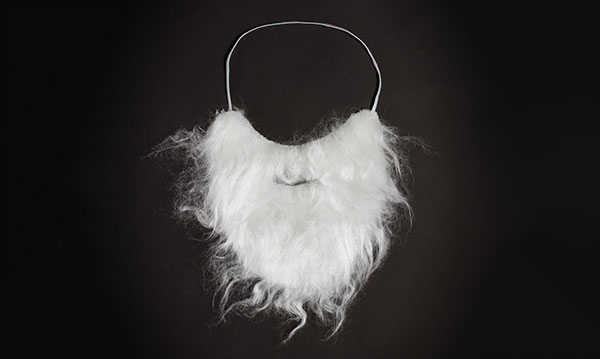 There’s a heartwarming story getting shared all over the internet this month about a sweet and special way to break the Santa news to your little ones. It involves “transitioning” your kids to “being a Santa.”

Let’s just say there are some kids in Texas whose parents will probably want to read it.

Because in what might be the worst possible way to find out the news, a pastor in Texas took it upon himself to declare that “Santa does not exist!” to a bunch of kids waiting in line at a mall to meet St. Nick.

The man, reportedly an evangelical pastor from Texas, was on a mission to spread the word that Christmas is about Jesus and not Santa.

“The man you’re going to see today is just a man in a suit, dressed up like Santa, but Santa does not exist,” he says in the video, Scary Mommy reports. “Santa’s not real … Don’t lie to your children and tell them there’s such a thing as Santa, when you know in reality that there are no flying reindeer, there is no workshop at the North Pole … that you buy all the gifts and put them under the tree.”

Of course there’s always the chance that anyone – even a kid – could dash your child’s hopes by exclaiming that “Santa’s not real!” during the holiday season. But this wasn’t a little prank or a quick comment that a parent could easily write off. This guy meant business and apparently kept shouting – even after a parent confronted him – and refused to leave until mall security got involved.

The Westgate Mall issued the following statement after the incident, The Washington Times reports.

“We want everyone at our shopping center to have an enjoyable experience,” the statement read. “All of the shoppers are expected to follow our code of conduct and will be asked to leave our premises if they don’t follow these rules.”

We really feel for the kids at that mall who were probably all full of hope and ready to tell Santa what’s on their wish list. They sure didn’t deserve to hear this guy’s tirade.

And what could have been gained, anyway? Does this pastor really believe he brought people over to his side by screaming in front of their kids? Inspired families to check out his church? Unlikely.

This unfortunate incident is just the latest in all the Santa talk this holiday season – from parents having him write preemptive sorry notes to their kids for not delivering a Hatchimal to a recent study that suggests parents might want to quit the Santa tradition altogether because it could be bad for kids.

We sure hope any other Kris Kringle updates we have to share are a lot more jolly.

What would you do if someone shouted “Santa’s not real!” while your child was waiting to meet Santa? Tell us in the comments.