A video of a priest dunking an infant during a Greek Orthodox baptism has caused some concern. Was this priest too rough or is it no big deal? 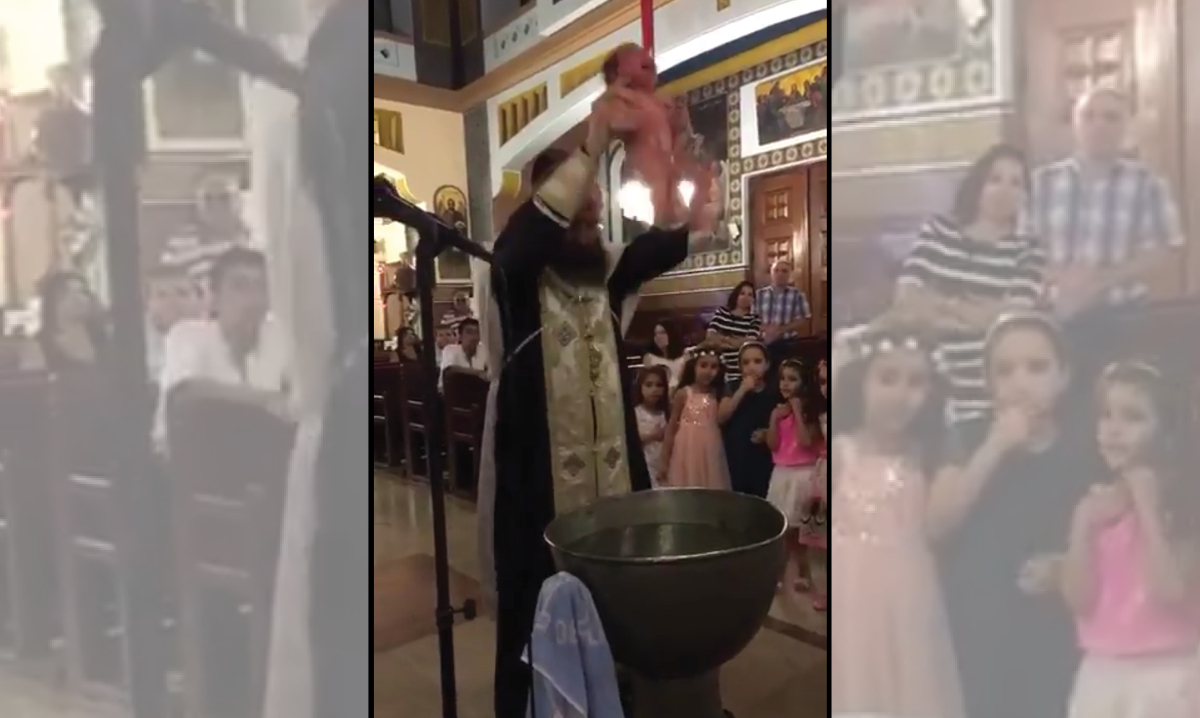 If you’ve never been to a Greek Orthodox baptism, you might be disturbed when the priest or bishop immerses a naked infant into the baptismal font. Basically, said child is dunked three times – and for someone who isn’t accustomed to this religious act, you might find yourself feeling concerned for the child’s wellbeing.

Which is exactly what has happened since a video from a Greek Orthodox baptism went viral. The video, which I first saw on CafeMom, shows a bishop performing a baptism at an Orthodox church in Ayia Napa, Cyprus. Things appear to get a little rough when the bishop dunks the baby into the water. Now, people are calling the bishop’s moves “abuse” and referring to the act as “barbaric.”

Do you agree? Watch the video for yourself:

OK, I know it looks pretty bad. As someone who was baptized this way, I will say that this bishop’s technique threw me a bit. It does look rough – however, I also think that baby looks too tiny to be baptized.

According to Transfiguration Greek Orthodox Church in Texas, a child is typically baptized between the ages of 3 and 10 months. I personally think 3 months is too young and you should wait until a child is able to at least hold his or her own head up. To me, that’s part of the reason things look so disturbing in this video. The child clearly doesn’t have neck control, so it’s no wonder things look so bad.

I understand that people who haven’t experienced this tradition in a baptism might consider it barbaric – but let’s not be so quick to judge. As you can see from the video, no one in attendance appears to be shocked by this act. This is just part of what is done during a baptism in this particular faith.

And it’s not uncommon, CafeMom adds. “In fact, other videos of ‘violent’ baptisms have started to emerge, proving this wasn’t just one bishop who had gone rogue.”

While I wouldn’t refer to this ritual as “violent,” I can see how this particular video could raise eyebrows – and how some people could be concerned about shaken baby syndrome, as some commenters mentioned. However, I was baptized this way and I can assure you all is well for me. My brain was only altered after the arrival of my child.

But that’s another story.