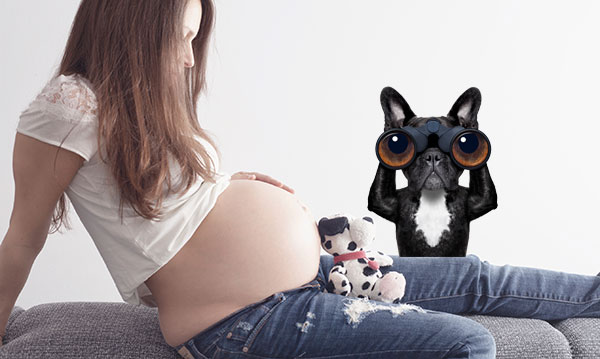 Log into Facebook, and chances are there will be a post or two related to pregnancy, whether it’s in the form of an announcement, an update on food cravings, or photos of growing baby bumps.

But after reading this, moms-to-be may want to rethink posting photos of their growing bellies on social media or anywhere else on the Internet.

A friend alerted Australian mom Megan Ireland to something disturbing: a fake Facebook user with the name “Afina” using Ireland’s baby bump photo to encourage other expecting moms to share photos of their own bumps. Turns out, it was a scam to steal the images for a pregnancy fetish website, according to the Daily Mail. “Anyone else care to post theirs?” the post using Ireland’s photo reads.

“It makes me feel sick,” Ireland told the Daily Mail Australia. “That’s my child in my stomach and people out there are doing really gross things.”

Apparently, Daily Mail reports, this “Afina” profile, pretending to be a local woman, had been taking images from mom group sites in Australia, Canada and New Zealand. The Australian Multiple Birth Association put out a warning to moms about this sick scam on its Facebook page and in a press release.

IMPORTANT WARNING If you are expecting a baby or babies do not share your baby bump photo online. Pregophilia is…

The group’s spokeswoman Ali Mountfield reported the page on Facebook and to authorities, Daily Mail notes.

It’s incredibly disturbing to think there are people out there who would steal somebody else’s photos – and on top of it, use them for such sick purposes. It’s such a violation!

I don’t know about you, but these types of situations make me want to delete all of my social media profiles. I think everyone understands the risk of posting photos and personal information on the Internet. Heck, we talk to our kids about social media safety and the fact that electronic communications are never completely private. But stories like these about creepers and now “preggophiles” make the dangers seem even more real. Let this serve as a warning: think before you post, mamas!