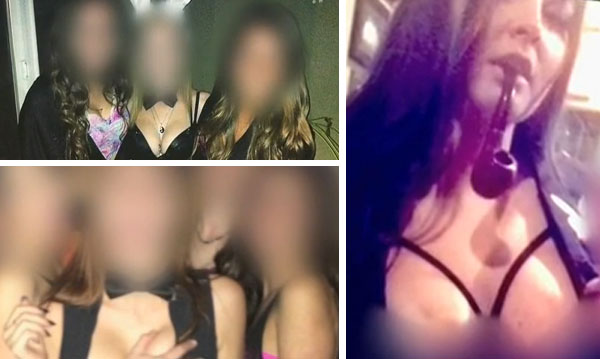 However, a pair of California parents apparently were nothing but excited to host their 18-year-old daughter Olivia Lake’s birthday back on Jan. 2 with a “Liv’s Playboy Mansion” theme.

According to San Diego-area ABC 10 News, the party happened on a Friday night n Poway, California. This must have gotten pretty noisy, because neighbors complained to the local authorities. Upon arriving, deputies found evidence of underage drinking – and a whopping crowd of 150-200 teens, reports say. They arrested Olivia’s father, Jeff Lake, 48, for violating the city’s social host ordinance.

These parents might not be what you’d expect. Mom, Jacki Lake, is a former high school PTA president – while Jeff is an attorney. In fact, he released a statement five days after the incident detailing the invitation, which included rules emphasizing a “clean party.”

The invite suggested attire like “robes, Chip n’ dales dancers, High Heffer [sic] styled clothing” for guys and “playboy bunny costumes, bunny tails” for the gals. It also came with a warning: “My parents WILL be home so please behave yourselves, respect my home and my family, and be safe.”

Guess that didn’t exactly work out. Especially given the huge turnout – not to mention some of the photos that wound up on social media (that’s what the main art of this story is depicting) – this story quickly gained public attention. Many have been either critical of the Lakes’ parenting or in support of their decision.

One ABC 10 commenter feels you can’t stop teenagers from drinking, but you can teach them how to drink responsibly. “Inviting 200 randy teenagers to your house with alcohol freely available to all in any quantity they choose is not exactly teaching them how to drink responsibly – nor is it appropriate for the adults to make this available to other people’s children,” AnneSullivan said. Others, like JaneBrown, added, “parents trying to be cool, only make a new generation of monsters.”

Chiming in on a Los Angeles Times article, christiki295 saw the flip side of things. “Alcohol with adult supervision is much better than the drunken bacchanals I attended when I was in school …

“Besides,” she adds, “there is nothing to see here. No one killed anyone, or even reportedly had a DUI, while driving home.”

Fellow Times commenter cheesymoth agrees: “This is a typical weekend party around college area that is getting way too much press because of its theme.”

Nightmare or not that serious? I think any parent would disapprove of their daughter leaving for a party wearing revealing lingerie, garters and high heels. My mother called those types of girls “fast.”

So what do you think? Are these parents setting their daughter up for rabbit “fast” behavior? You parents can be the judge.