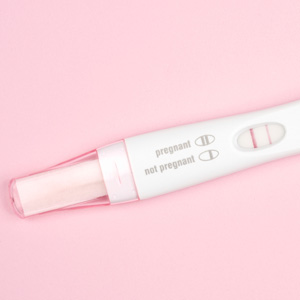 People go on Craigslist to buy, sell and find all sorts of things. Bikes, books, apartments and jobs are among the many.

Sometimes, though, listings veer into the straight-up weird category (remember that guy who tried to sell his girlfriend's baby on the classifieds site last month?). Recently, the site has seen an upsurge in listings for an item that's strange on a whole new level: positive pregnancy tests.

WHAT! That was my reaction when reading the Salon article.

"Positive Pregnancy Test! – $25 (Buffalo, NY) Yes, you saw that right! I am selling positive pregnancy tests! Ever since I became pregnant, I have been asked numerous times for a positive test, so I decided to start charging for it!" reads a listing in the Salon article. "I will take the test the same day you to pick it up! I don't care what you use it for, not my business! ;)"

This certainly isn't the only ad. Apparently, the positive tests are a hot commodity, selling for $20-$40 a pop, according to a New York Daily News article on the trend.

There have even been postings by people looking for positive tests. One poster out of Dallas wrote up a listing saying she wanted to use the test as a revenge prank on a cheating boyfriend.

"I am so done with him an (sic) angry and don't want him back but would like the last laugh out of this. I will give some girl $40," the poster declared, according to Salon. "Call me won't even ask for your name."

Another that Salon pointed out? Somebody selling on-demand pregnancy tests with the advertisement, "Wanna get your boyfriend to finally pop the question? Play a trick on mom, dad or one of your friends? I really don't care what you use it for."

What the heck, people! My first qualm with these ads is that people are suggesting some of the bizarre reasons you might need these tests. I mean, what a sad prank. Boyfriend is pressured into marrying you because you show him somebody else's pregnancy test, not because he is ready to marry you? That's just psycho! Mom and pop think they've got a grandchild on the way? Nope! Sorry, folks, it was just some lady from New Jersey's peed-on pregnancy test.

Which brings me to point No. 2: Hello, ladies – these tests are used! In other words, peed on. You just paid 20-plus bucks for a urine-saturated piece of plastic – and some random person you don't know was the one who peed on it. No thank you.

Possibly stranger than these first two reasons is the fact that the women doling out these used tests aren't asking any questions. I would want to know what my pregnancy test was being used for, wouldn't you? On second thought – maybe not.

Brought to you by Aim High School
Read more
Advice