A kindergarten in China commemorated a new school year with a pole dancing performance for students and parents – and the principal got canned for it. 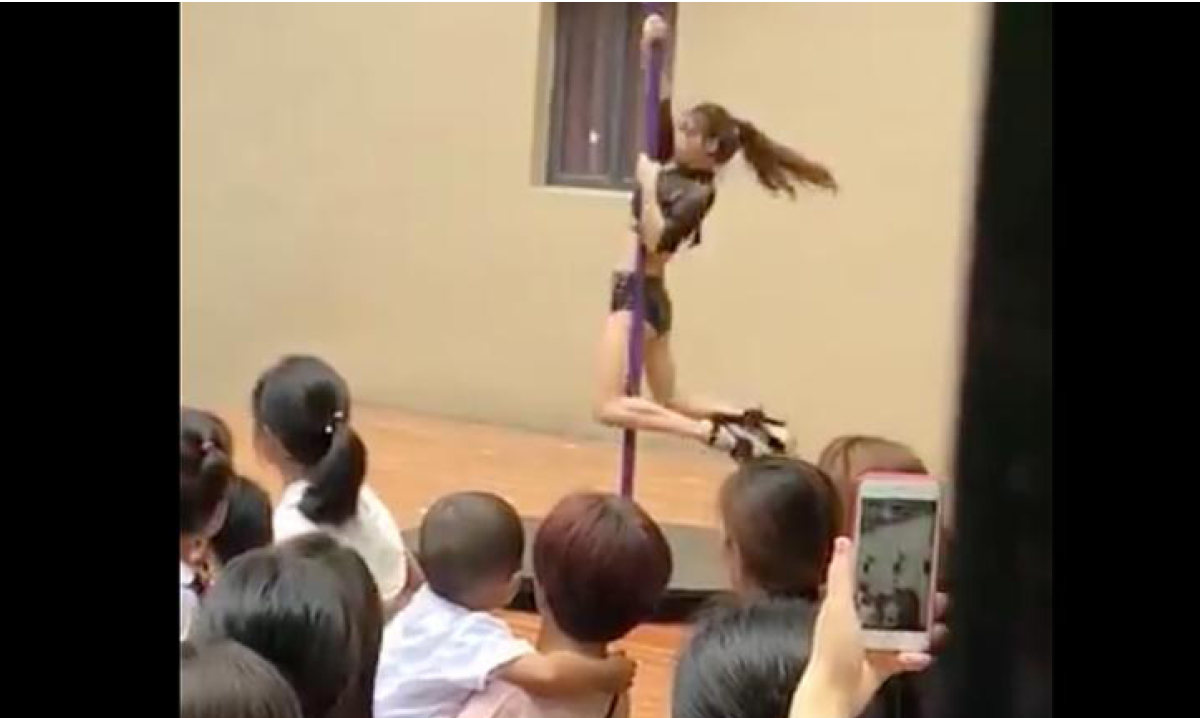 I’m pretty liberal. I tend to think people get too uptight about sex and anything remotely sexy, particularly after they become parents. And I’ve always found that confusing because you did, in fact, have sex to become parents, but as soon as you have kids, you want to live in a G-rated world.

That’s why it didn’t surprise me to read that parents at a Chinese school were horrified when their families were greeted with a pole dancing display to commemorate the new school year. And, even though I tend to be OK with sexy stuff, I can’t say I blame them.

In China, it’s common to start a new school year with a ceremony that includes a speech from the principal or school alumni. But that’s not the kind of ceremony some 500 students and parents experienced at Xinshahui kindergarten in Shenzhen.

In fact, according to China-based journalist Michael Standaert, “…the principal has welcomed them back with a strip pole dance on the flagpole bearing the PRC (People’s Republic of China) flag. She’s gone nuts.”

News of the scantily clad performance spread on social media thanks to Standaert’s Twitter post – where he also included some videos of the performance, which he received from a WeChat group.

Some parents were so disgusted by the display that they wanted to pull their kids out of the school and receive a tuition refund, Global Times reported.

The school’s principal, Lai Rong, was fired as a result of the backlash. Rong sent an apology letter to the Global Times and admitted that the school didn’t do its due diligence in screening the performance beforehand.

The pole dancing display garnered mixed reactions from the Twitterverse. Some said that pole dancing in China is considered a form of exercise like yoga or Pilates, so it’s not such a big deal.

But I think Standaert made the best point about the entire situation. “There is a wide difference between her intent and how it actually turned out,” he wrote. “If they were all in athletic outfits, were doing athletic moves and not grinding on poles, not taking off clothes and throwing them, then I don’t think anyone would have called authorities.”

And, while I do think parents can be uptight in certain cases, I can absolutely understand their shock over the situation. After all, it’s not a strip club – it’s school.

What do you think? Are these parents being too uptight, or was this principal in the wrong for allowing this performance to take place? Tell us in comments.