Maternity shoots are a hot trend for pregnant moms but sometimes they're a bit over the top. Here are some delightfully odd examples of bumps gone wild. 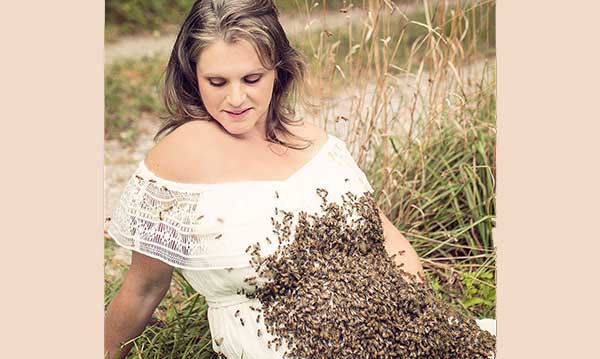 Everyone likes to pretend that her pregnancy is special – and we agree. Every woman’s pregnancy is totally unique and should be celebrated. Maternity photos, however, not so much.

There’s only so many ways we can take a photo of someone’s bump draped in airy fabric on a beach, or stack blocks that spell out “S-U-S-I-E,” or pose in front of a chalkboard (every. single. week.) before things start getting repetitive.

Of course, maternity photos aren’t really for anyone except mom, dad and maybe Susie when she gets older, so it doesn’t really matter if outsiders have seen the exact same photo of a stretched-to-capacity uterus in different skin tones – unless you’re one of those moms who goes big or goes home.

Those are the moms that end up going viral with their maternity shoots. The ones that are so next level that they can only be described as delightfully odd. And that’s what we’re showcasing here … 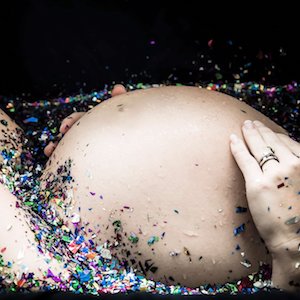 Glitter: It’s bad enough trying to get it out of your child’s hair so we can’t imagine getting it out of your butt crack while nine months pregnant. And we wouldn’t be surprised if the moms that take part in these shoots had that problem.

Imagine submerging yourself in a bathtub full of water and glitter. That’s basically the idea behind this shoot and yes, glitter gets stuck everywhere. Sure, you’ll get really colorful shots, especially on a black backdrop, but if your baby comes out looking stripper-ish, is it really worth it? 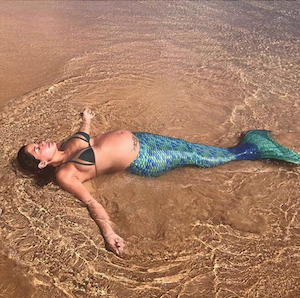 Mermaids and sirens are these beautiful enchanting beings that have been known to lure sailors to their death – so when you’re dealing with sciatica and night sweats, it might be nice to strap on a fin, lie on the beach and escape into beautiful bliss.

Whatever floats your boat as long as you’re having fun. But we suggest that if you include dad, he should probably be a merman because it’s pretty hard to focus when you’re wondering how penis and fin equals baby. 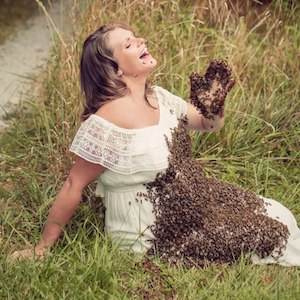 One Ohio mom is unbelievably into bees. She owns a bee rescue and likes to advocate for bees so much that she decided to do the maternity shoot for her fourth child covered in 20,000 of them.

In her defense, she works with bees and did tests to make sure the bees were calm and fed them enough so that they were too full to sting. She describes the shoot as intense and spiritual.

We describe it as a great big NOPE. 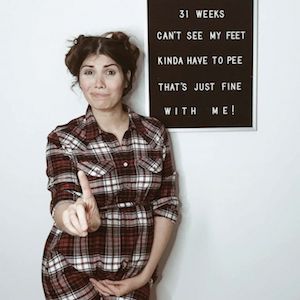 Pregnancy is a wonderful thing but it also comes with a dark side full of body pains, bladder woes, birthing worries, nausea, weird cravings and hormones. And that’s what Maya Vorderstrasse took to Instagram with.

She put a spin on those cheesy “21 weeks, you’re the size of a orange, can’t wait to meet you” chalkboard posts by filling her feed with hilarious images depicting every mom’s true feelings about pregnancy. 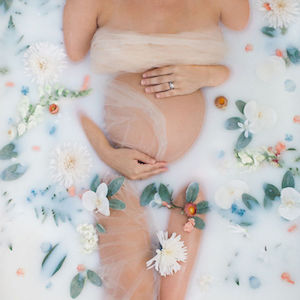 Milk and babies just go together but that doesn’t give you the excuse to plop your very pregnant self into a tub of milk and flowers.

The idea of the photo, which just shows mom’s legs, belly and covered breasts in most cases, is to look calm and organic, says Tiffany Burke, the photographer credited with started the trend. But if we’re being honest, it looks like tub full of semen and we’re pretty sure mom has had her fill of that! 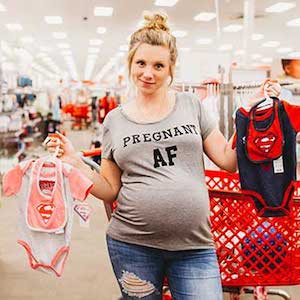 If you read our web posts, then you probably already know about Page Miller. This “Pregnant AF” mom took her bump to Target for her shoot and came back with some totally relatable images for her baby book.

And really, we challenge you to find a pregnant lady that hasn’t gone to Target and eaten a few Cheetos from the bag they’re buying or popped a squat on a display couch.

What do you think of these photography ideas? Did you do a crazy unique photo shoot during your pregnancy? Share your stories and thoughts below.