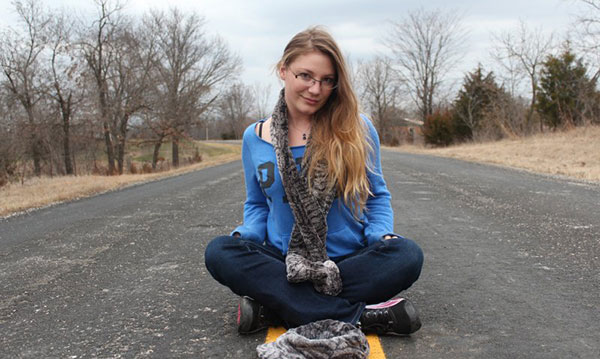 “I was at the doctor’s office lying flat on my back with cold jelly on my slight bump of a tummy, hearing a second heartbeat emanate from within me… my whole life flashed before my eyes. I felt accountable for the choices I’ve made. I have to explain myself to my son.”

As a contributing writer to The Daily Beast, Snow wrote a letter to her unborn son and published it, for the whole world to see.

Snow goes on to tell her unborn son that she started off as a nude model to pay for school. She submitted to having sex on video for a larger amount of money – and admits “If I’d known I’d one day change my mind and want a family of my own, I would have made completely different choices.”

In an effort to be honest with her unborn child, Snow also incorporated a message: “Remember when you’re making big choices in life, think far into the future and ask yourself, ‘can I live with that?'”

Reactions to Snow’s letter range from praise to contempt. Some commenters even accuse her of doing it for publicity.

Mime Wonder says, “One day her son and his school friends will be watching a video and one of the boys will be yelling out to her son: hey, that is your naked mom with her legs up in the air … How can her son defend his mother’s honor when there are hundreds of her videos?”

Susanne S. says, “Nothing to be ashamed of. She hasn’t killed people, just done a job. And been good at it. Where’s the shame in that?”

Sair J. asks, “if it’s a letter to her unborn son, how come it’s been published and is now read by thousands?”

Snow decided to lay it all out for her son in an exposé of herself. Did she do the right thing? What would you have done differently?

Useful Tips for Family Travel on a Budget

Whether it's the United States or Canada, there are some of the best indoor amusement parks for families to enjoy all year round. Take a peek at our list.
Read more
Health

Different Kinds of Bug Bites in Michigan Parents Should Know About

If you spot a potential insect nibble on your child's skin, here are a few different kinds of bug bites in Michigan to keep on your radar.
Read more