The package delivery service tweeted they'd shred kids' letters to Santa. Parents weren't too keen on that. We see their point and offer a learning opportunity. 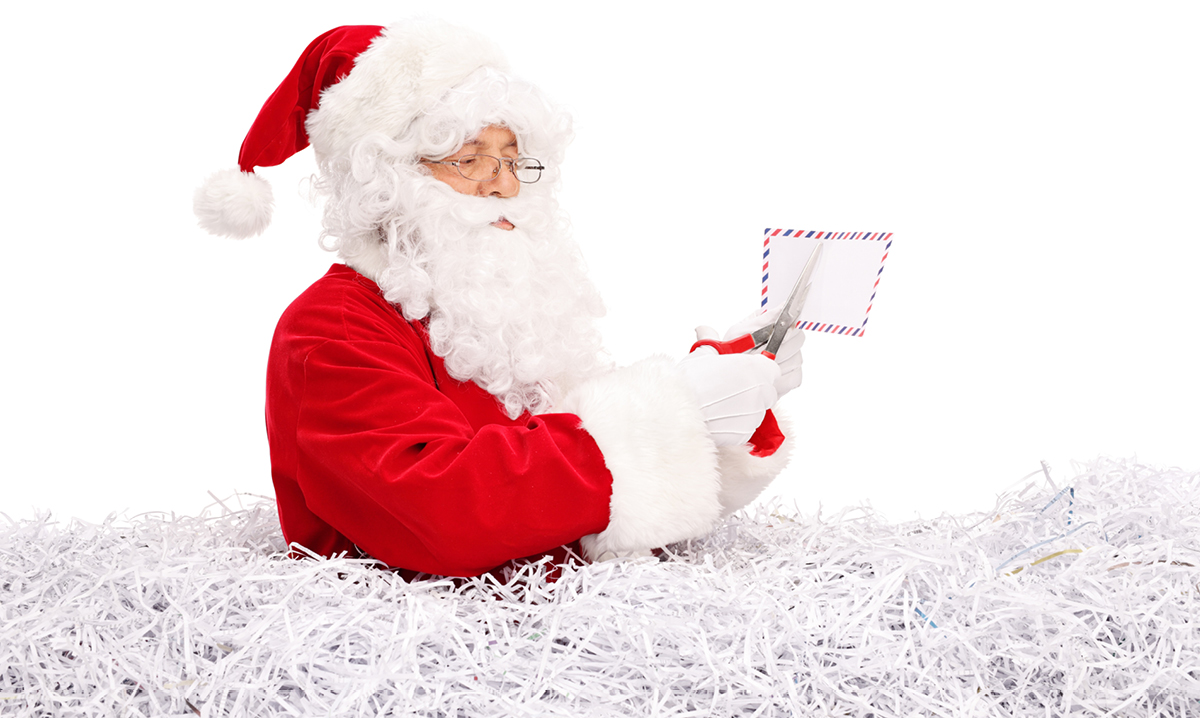 I don’t get great joy out of killing and decorating a tree only to throw away in a month. I don’t enjoy the “rush” of finding the perfect present or dealing with the crazies to get it, and I certainly don’t have sugarplums dancing in my head.

I battled for a long time with my feelings toward the holiday – because there are some really great things caught up in the hype, stress and commercialism of it all.

I can get behind the idea of “peace on earth” and “good will toward men.” I love that the holiday promotes charity work and spending time with loved ones. But I also believe that these are things that everyone should make a priority all year round, provided they have the ability to do so.

And so, a few years ago, I embraced the fact that I’m simply not going to ever really be a Christmas person. That said, I’m certainly not going to actively go out of my way to ruin someone else’s holiday.

Plenty of people in my life love Christmas, and I play along with a smile on my face because I like seeing them so happy. I would never consider ruining the Santa secret, poking holes in their joy or refusing holiday tradition simply because I don’t have the holiday spirit.

Unfortunately, the same can’t be said for everyone – and UPS is finding out the hard way that it isn’t cool to crack jokes about beloved Christmas traditions.

Earlier this month, the package delivery giant sent out a Tweet that read, “If your child addresses a letter to the North Pole, you can leave it with us. We do shredding.”

According to Yahoo Lifestyle, many parents responded with comments such as “Who hurt you?” and “What is your problem?”

UPS has since taken down the tweet and told Yahoo that the person who runs the company’s social media likes to try to grab attention and “think outside of the box.”

They also went on to say that people may have taken the tweet out of context and that they were trying to be humorous, not harmful.

Still, we have to wonder where the poster’s head was at when the distasteful tweet went out.

Most kids believe in Santa, and sending a letter can be a magical experience for them – and an awesome tool for parents in need of a holiday gift guide.

Certain things make people really happy, and what seems silly to you might not seem so silly to someone else.

We should all take this tweet, and the upset that followed, as a lesson to slow down and really think about what we’re putting out into the universe.

After all, it costs us absolutely nothing to be mindful and kind – and that’s the whole point of the Christmas season, right?

What do you think? Was this tweet harmless or hurtful? Let us know in the comments.